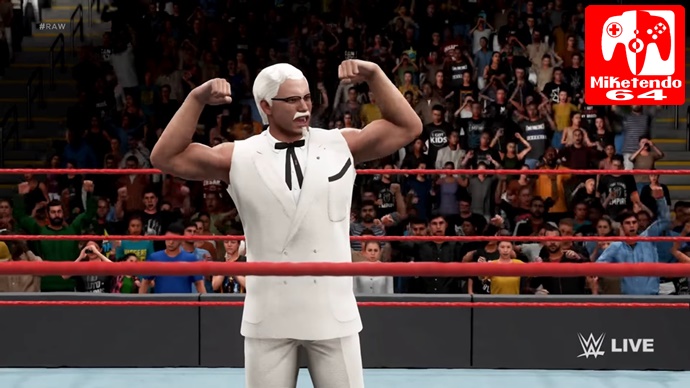 WWE 2K18 have partnered up with the Fast Food chain KFC and will be bringing the Colonel himself into the game. He will be available by creating a custom character based on Colonel Sanders himself which may seem odd but Harland Sanders was no stranger to fighting and you just know, that playing as the Colonel will be So Good. (Sorry, I couldn’t resist). Anyway, you can watch the video below