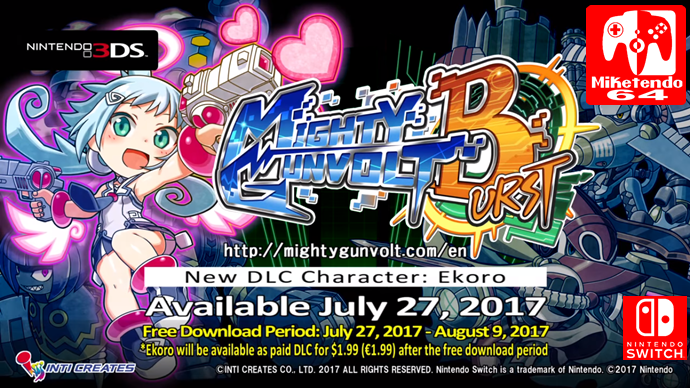 Mighty Gunvolt Burst owners will be happy to know that the game will be getting its first bout of DLC which brings a new character to play; Ekoro from Gal Gun who also appeared in Mighty Gunvolt as well. You can check out the trailer which was uploaded by INTI Creates to their YouTube Channel below.

With Ekoro making her way to the game, Maybe Shovel Knight & Shantae might shimmy on over as well seeing as they were also made playable characters in the Nintendo Switch version of  Blaster Master Zero.