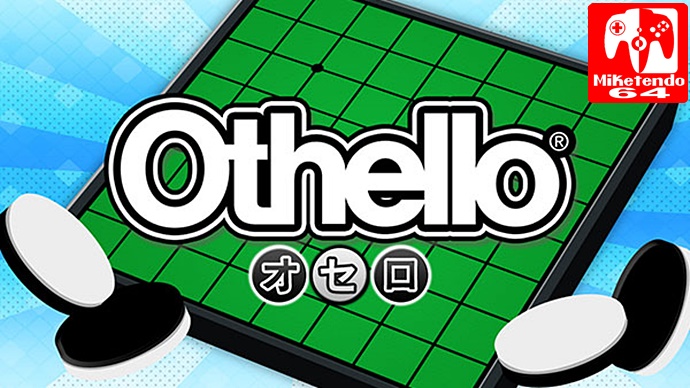 Ok, that may seem a little harsh for a title but it did catch your eye didn’t it? So the board game Othello has made it onto the Nintendo Switch and if you like board games and the like then this may be a good game for you. To start off, it is quite reasonably priced for the type of game it is and at $4.99, it isn’t going to break the bank. If you are familiar with Othello and are not really a fan then you already know it is not the game for you but for those that do like games like checkers and Reversi (where Othello originated from) then Othello on the Nintendo Switch will definitely appeal to you.

Okay, so time to confess, I am not really a fan of board games because I usually suck at them and this simple yet challenging title makes sure that I suck at videogame versions too. Even on the lowest setting, the AI seems to sneakily lull you into a false sense of victory and then snatches your success right out from under you. Even if 16 different modes of AI difficulty isn’t enough for you, you can also play with a friend, taking it in turns to place your stones on the board and dominate the other. There is also a choice on controller options so you can choose to play with a single joy-con or with the Joy-Con grip or in handheld mode (Single Player only).

One thing that I have found whilst playing the AI is that sometimes the Character Sprites don’t disappear from the board and can make playing somewhat difficult. The only thing that seems to get rid of them is to complete the match or completely close the game at the Switch menu. it isn’t a big bug but it can make gameplay difficult as you can’t see the whole of the board.

The graphics to the game are clear and easy on the eye which is nice as there does seem to be an awful lot of ‘Retro’ games on the Nintendo Switch. It is a welcome change to see something that makes more use of the system’s resolution capacities even if it is more simple in design. On the plus side, you can ‘Undo’ a move if you feel like you made a wrong move.

Though it won’t be winning awards anytime new, purely because it isn’t a shoot ’em up or MMORPG, I feel that this Othello is worthy of a 7/10 purely because it is a good rendition of the real board game and is one of those games that you can come back to every now and then or when you fancy playing it with an older member of the family.