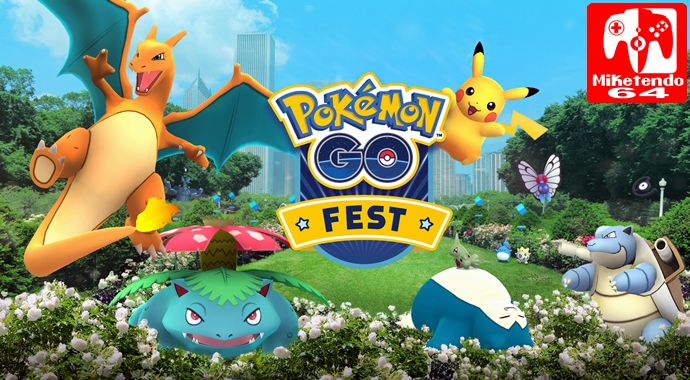 Here’s How Niantic are Celebrating the First Anniversary of Pokémon GO!

But we can forgive them for that, especially since as part of the celebrations, the first real-workd event has been revealed for Chigao in July and European events are also on the way, as well as an event that kicks off next week and since there’s a lot to be covered, here’s Niantic with the complete details:

We’re celebrating two amazing milestones—Pokémon GO’s one-year anniversary and 750 million global downloads—and you’re invited to join in on the fun! Over the next few months, we’re hosting real-world and in-game events planned alongside some very exciting new features that will get you outside exploring the world with family and friends. Get ready for an action-packed couple of months!

To kick things off, we will be hosting the Solstice Event starting on June 13, 2017. This in-game event will feature Fire-type and Ice-type Pokémon, huge XP bonuses for throwing Poké Balls accurately, and discounted Lucky Eggs in the in-game shop. Soon thereafter, you can look forward to a new update focused on collaborative group gameplay features that will get you playing Pokémon GO in fun new ways. In preparation for these exciting features, we’ll be temporarily disabling Gyms for a short period of time.

We’re also excited to announce our first ever real-world Pokémon GO event coming your way: Pokémon GO Fest Chicago! This event will take place in downtown Chicago, Illinois, USA at the beautiful Grant Park on July 22, 2017. Join us as we celebrate the Pokémon GO community with a ton of exciting festivities. Tickets and more information for Pokémon GO Fest Chicago will be available at PokemonGoLive.com/Fest on Monday, June 19 at 10:00 A.M. PDT, so make sure to mark your calendars and follow our social media channels to be notified when tickets go live! European Trainers can look forward to Pokémon GO celebrations hosted across the continent from June through September in partnership with Unibail-Rodamco shopping centers. We’ll be posting a complete schedule for these events very soon. Also, The Pokémon Company is organizing “Pikachu Outbreak”, a Pokémon event in Yokohama, Japan, in August where they’re exploring a unique Pokémon GO experience. Stay tuned for even more details surrounding each of these events in the coming weeks.

Keep an eye on PokemonGoLive.com and our Pokémon GO social media channels for the latest news and updates surrounding the exciting features and events coming your way. See you outside!

If you recently kicked the Pokémon GO habit, this is as good as time as any to have a relapse and go catch some more Pokémon! Or you find another way to spend your Summer. The choice is yours!