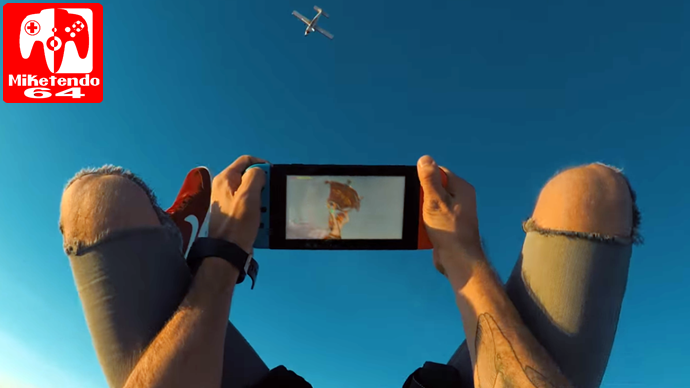 The sky is truly the limit as regards to Nintendo fandom as a fan jumps out of a plan with his Nintendo Switch to further enforce the “Play Anytime, Anywhere” slogan of the the Big N’s newest console. A video that was uploaded by YouTuber Юзя titled “Banana Switch” begins with him and a friend playing Donkey Kong Country on the SNES and soon after the discovery of the Switch which is presented to them in a man in a yellow suit, the take it to various places like rooftops, on buses, on a tandem bike ride, through the forest and eventually to the skies itself complete with Link paragliding from Zelda: Breath Of The Wild. If you would like to see the video, you can check it out below.