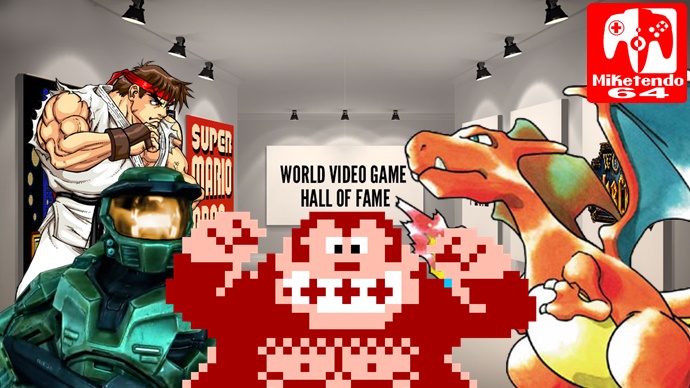 The Original Donkey Kong, Pokémon Red & Green and Street Fighter II were among the inductees of the 2017 edition of The World Video Game Hall Of Fame. Their induction due to their influence in the Videogame industry and how they have affected gamers and gaming in general.

The original Donkey Kong Arcade game earned its place in the hall of fame due to how it launched the career of Shigeru Miyamoto and how it brought back the Videogames industry from the brink of crashing completely.

Pokémon Red & Green (as they were referred to in Japan. They are known as Red & Blue in the West) made the grade on the huge cultural phenomenon it created and encouraging the need to everyone in the world to “Catch Them All.”

Street Fighter II: The World Warrior was awarded the honour for inspiring One on One Fighting games that became a huge hit in both arcades and created a cult following which brought friends and strangers together.

Halo: Combat Evolved was also inducted due to proving that consoles can perform just as well, if not better than PCs and that precision shooting didn’t have to depend on a computer mouse.

These four titles truly earn the right to be received with such high regard and join the likes of Super Mario Bros, The Legend Of Zelda, Sonic The Hedgehog, Tetris, Pong & World of Warcraft amongst others. Congratulations to them all.

Though the nominees have been chosen for 2017, nominations have now opened for the 2018 edition and you have until Feb 28th 2018 to submit your entry. If you would like to nominate a game for the chance to enter the Hall of Fame. you can find the link here.