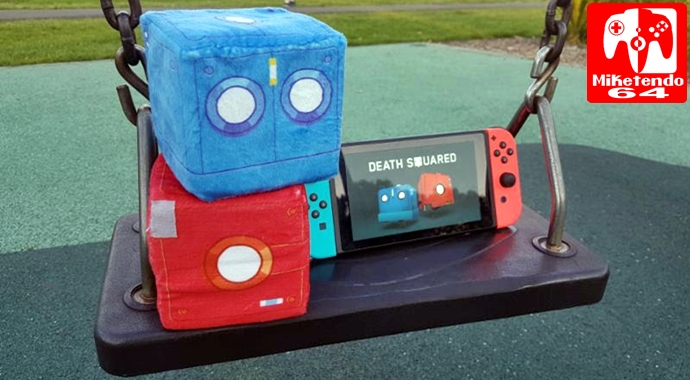 With more and more games coming out of the wood work, being announced for the Nintendo Switch, it’s time to devote a little focus to the cooperative puzzle Death Squared!

With a Q2 release on the cards, it won’t be that much longer before players across the globe will be able to go hands on with the game that sees colourful robots attempting to escape a hazardous facility and with the game said to possess exclusive content compared to the other platforms it’s currently available on, well that’s just more reason to purchase this work of art when it releases. But since we received a press release that covers all of the above and more, it’s only natural we’re going to be sharing it right here:

SYDNEY – May 2, 2017 – Death Squared, the cooperative puzzler where a colorful crew of robots escape a hazardous science facility, will arrive for Nintendo Switch in Q2 2017.

Following a successful launch on PlayStation 4, Xbox One and PC, the Nintendo Switch version will feature all-new exclusive content with additional levels unseen in the previous releases.

Grab a Joy-Con and lead the game’s cuboid comrades through treacherous test chambers. With up to four players, guide the group to safety in increasingly-complex puzzles where one false step can trigger traps capable of sending the whole team to the big scrapyard in the sky.

To escape each new challenge, every robot must be escorted to color-coded destinations. Along the way, players will encounter hidden hazards, including spikes, lasers and other deadly devices that can send the whole squad back to square one. However, with a little help from instant respawns, parties can put newly-gained knowledge of these obstacles to quick use.

The key to success in Death Squared lies in communication and cooperation. Players will learn to work together and utilize trial and error to overcome new and exciting challenges.

“Death Squared was created as a co-op experience for players of all ages and skill levels to enjoy,” said Patrick Cook, lead designer, SMG Studio. “We believe it’s a perfect pairing for the Nintendo Switch and its distinct multiplayer capabilities. It’s our hope you’ll ‘share the joy’ of Death Squared with friends and loved ones when it releases for the system later this year.”

Just as soon as details regarding the “exclusive content” and a release date are divulged, we’ll be sure to let you know, but until then, this concludes today’s Death Squared for Switch news!