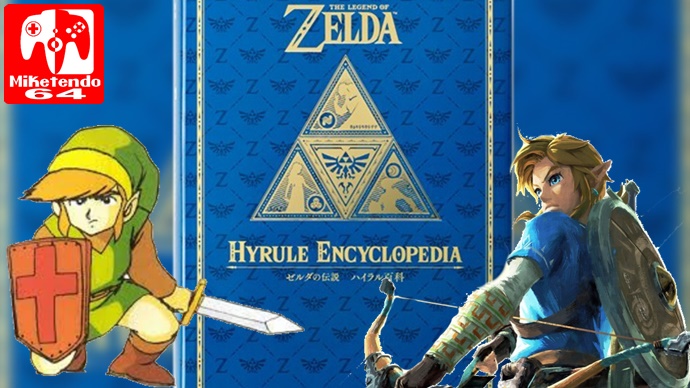 It seems that the Original The Legend Of Zelda on the NES was planned to be much different to what we know and love today. A Screenshot from an early build of the game, which can be seen in the newly released Hyrule Encyclopedia in Japan (Not out yet in the west I’m afraid) shows us what looks to be a dungeon select screen in first-person view. The final product however, did not utilize either of these features so it would be plausible that the image was came from a really early build of the game at the very beginning of the development stage. Zeldapower.com tweeted about it on their Twitter account and provided a lovely picture of it which you can see below.

Even though this is the first time that this image has been published to the public, it may still look familiar to some fans. In an Iwata Asks interview about the development of The Legend Of Zelda: Spirit Tracks a planning sheet drawing was shared that had the exact same image as the screenshot. The image was for a Dungeon select screen for a game at that time and was only referred to as “Adventure Title.”

The original programmer for The Legend of Zelda, Toshihiko Nakago, had this to say about the planning sheet:

“Last time we talked about how the first Zelda only had dungeons. This is the planning sheet for the dungeon select screen we drew up back then. The title is “Adventure Title,” so we hadn’t decided on The Legend of Zelda yet. And that’s Miyamoto-san’s signature.”

It is incredible to see how many changes go into creating a work of art. From a preliminary drawing of dungeon selection in first person view to a third-person open world adventure, a game referred to only as “Adventure Title” becoming The Legend Of Zelda (or even Hyrule Fantasy in Japan). I guess we can be thankful for the changes that happened and made this game series so great, we can only imagine what the series could have been if the original plans went into effect, Hexen before Hexen perhaps?*


Categorised in: Nintendo, The Legend Of Zelda, Wii U