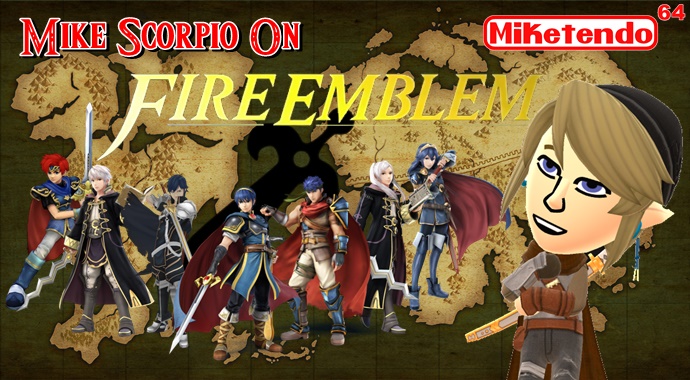 Because we are doing a Theme Week For Fire Emblem, I thought that it is only fair to share my thoughts on the series as well. To be honest, I am not much of a Fire Emblem Fan, not because of not liking it, but because FE and I have never really collided. I have always been a home console gamer and I don’t dabble much with Handhelds, so I have never experienced a Fire Emblem title, though I have always enjoyed RPG and strategy games.

My only real experience with FE comes from maining characters like Ike, Marth & Robin in Super Smash Bros For Wii U (and Ike & Marth in Smash Bros Brawl Wii) and playing a demo of Fire Emblem: Fates Conquest at Barcelona Games World last year. After my experience with FE: Fates, I can see why people enjoy it so much and I would certainly look forward to playing Fire Emblem Warriors on the Nintendo Switch when it comes out and also Fire Emblem Heroes on Mobile Devices later this week. I see these titles as a stepping stone to encourage gamers to look at other franchises other than those that they are accustomed to and by using their most favourable characters from the series, I am sure these two titles will win plenty of hearts over in time for Fire Emblem Echoes: Shadows Of Valentia when it releases on 3DS.

I have fond memories of playing with the Fire Emblem Characters in Smash Bros Wii U and watch my Brother and Sister play with Ike & Robin and pound the absolute hell out of each other that it is quite a spectacle to watch. I find Marth is a good character in Smash along with Lucina as they have quite powerful counters that can instantly change the flow of battle.