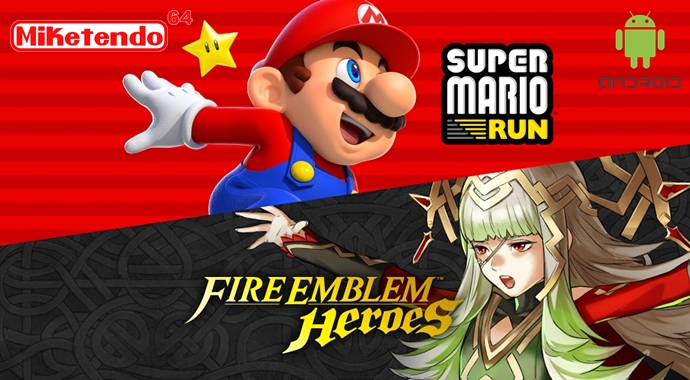 Just in case android users weren’t aware Super Mario Run & Fire Emblem Heroes are on their way, they will be aware now!

Be it on your phone, or even on pc on a web browser, now when you visit the Google Play Store, an advertisement can now be seen for Super Mario Run and Fire Emblem Heroes. When spotting it on your smartphone, you will then be taken to another screen dedicated to the two titles, where you can register for the two apps and just in case you haven’t seen this advertisement for yourself just yet, you can see it now with this piece of footage we grabbed earlier:

For now, Super Mario Run’s release consists solely of March as an exact date has yet to be announced. However, while android users are still denied the chance to make Mario demonstrate his parkour skills, Fire Emblem Heroes does release next week, and will be available to download on both android and iOS devices on the 2nd of February 2017.

All credit goes to our very own Mike Scorpio for noticing the advertisement and then having me write it all up!