What to “Expect” from Tomorrow’s Fire Emblem Direct (Rumours) 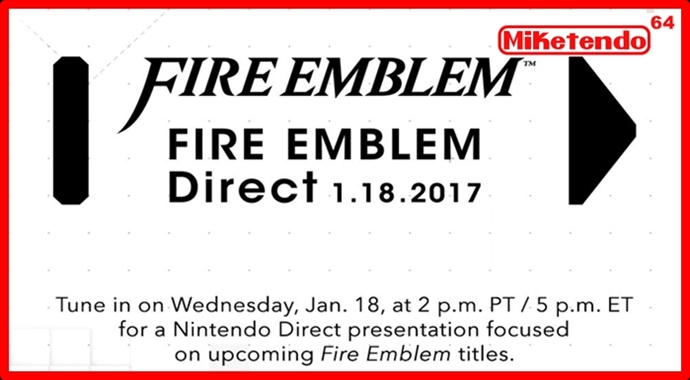 We are no just 17 hours away from the Fire Emblem Direct and while very little is publically known about what will be shown off, there is some news that can be found, if you know where to look.

Not everything I previously reported and heard about Fire Emblem Warriors turned out to be true, but the source who’s information was correct has shared a few new tidbits with me, and handed me a few rumour he heard as well, all of which I shall share here now with all of you:

*From Source implies the rumour comes straight from my source and Not from source, meaning it’s just something he’s heard, but not sure if it’s true or not.

That concludes everything I’ve been able to get out of my source as far as the Direct is concerned, and while some of his information did turn out factual. I’m not confident enough to report them as being factual, so for now they are just a whole ton of rumours that will either be confirmed, or disproved when the Direct airs tomorrow. For anyone looking to watch the direct, it begins at the following times:

Source: No one I can disclose