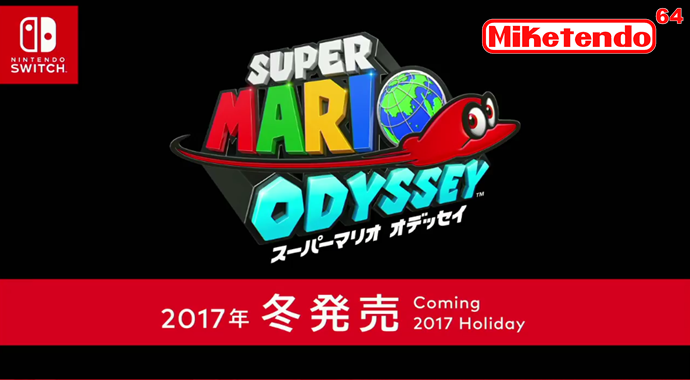 Super Mario Odyssey is coming to the Nintendo Switch, but just what the hell is it?

Well it’s a 3D Mario game that we’ve never seen before and has us divided. Some of us simply love it and some of us simply hate it and just like a great number of games, it too became the topic of discussion during Nintendo Treehouse’s live broadcast, but the segment was more about the game the ones that came before it that actual gameplay. So because of that reason, here’s the footage first and when you’re done watching it or, or just skipped it, you can find the fact sheet beneath it:

“Mario embarks on a new journey through unknown worlds, running and jumping through huge 3D worlds in the first sandbox-style Mario game since Super Mario 64 and Super Mario Sunshine. Set sail between expansive worlds aboard an airship, and perform all-new actions, such as throwing Mario’s cap.”

More details about the title can be expected to come in the following months, but don’t expect it to release any time soon because although it has been reported as being content ready, it will not be releasing until Holiday 2017.