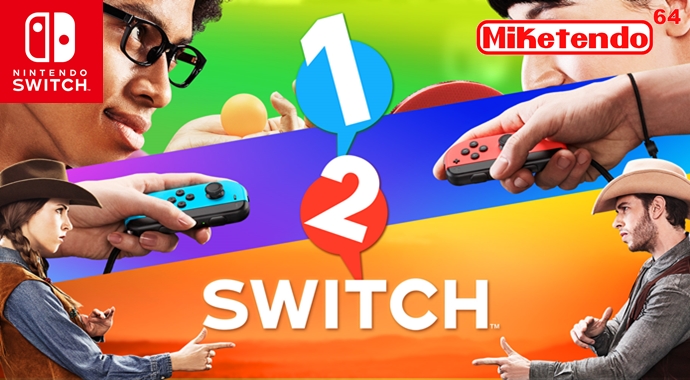 We’ve seen Party games and we’ve even seen Mario Party games, but we have never seen a party game quite like 1, 2, Switch and since I wouldn’t even know where to begin with this game, let’s just scoot right on to the fact sheet and footage of the game in action Oh and when I say game, I do mean madness.

“Throw an impromptu party anywhere with anyone thanks to a new play style in which players look at each other—not the screen! Bring the action and fun into the real world as you face off in wild-west duels, cow-milking competitions, a copycat dance-off, and more. Each game takes advantage of the Joy-Con controller features of the Nintendo Switch system in different ways. While the action unfolds off- screen, the audience watches the players themselves instead of the screen. That makes it as hilarious to watch as it is to play – an instant party amplifier!”

For the gamer who needs this title in their life to help liven up those dull social gatherings, 1, 2, Switch is a launch title so you can get it from day one.