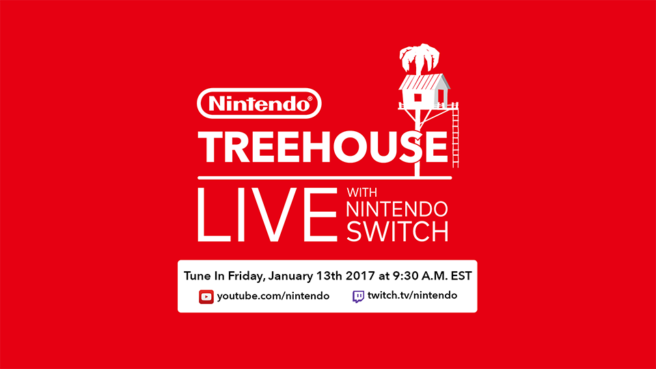 On the 13th of January, after the Nintendo Switch presentation, there will be a new episode of Nintendo Treehouse Live that will cover the games shown and revealed during the presentation. For anyone wanting to check out the stream, it will be on both YouTube and Switch and begins at the following times:

Join us at 9:30AM EST on 1/13 for Treehouse Live and an in-depth look at upcoming games featured in the Nintendo Switch Presentation. pic.twitter.com/0OMGtCJLW9