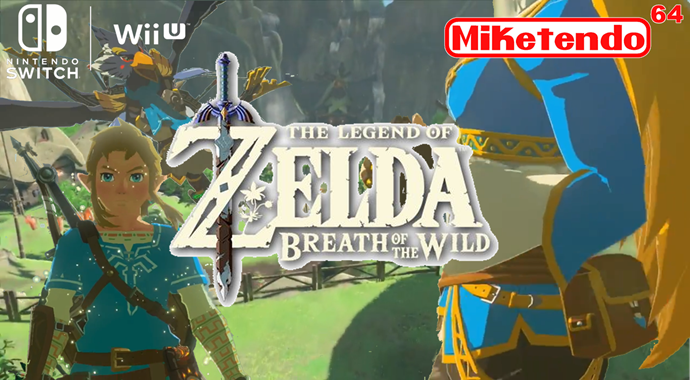 Following the most recent image Nintendo shared pertaining to The Legend of Zelda: Breath of the Wild, today Nintendo have shared another image.

This time around, the new image is a concept art piece of the Legendary Link, wearing the very same garb we saw him wearing in the last image, both of which can be seen below. (Old image first).

As a life-long Zelda fan, yes it is old to see him wearing clothes other than his green garb, but I actually like the fact he can wear various items of clothing in various colours. I like the green tunic, but to have him in it all the time, its wearing a little thin if you ask me. When The Wind Waker HD came out and Hero Mode allows you to wear his original clothing instead of the green, I was rather chuffed with that. Blue is my favourite colour and he was still the same hero we know him to be, even when not dressed like one and although it is part of his iconic garb, we shouldn’t let it define him.

Link is not one person, he is many, he is Legion, except in this case, he’s a hero who is reborn whenever trouble threatens the lands and seas. Link is the living embodiment of good, whereas Green is just a colour and you know what? This cold weather tunic, sure it’s worn, but it’s actually a good look for Link, but the blue tunic Is even better.

Tags: Concept art, December Feature, Nintendo, Nintendo Switch, The Legend Of Zelda, The Legend of Zelda: Breath of the Wild, Wii U