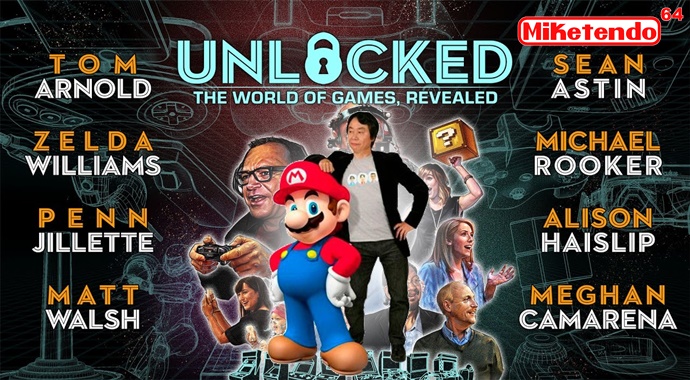 Creative Fellow and creator of Donkey Kong, Super Mario & Zelda, Shigeru Miyamoto spoke about how motion controls came to be for the Nintendo Wii in a documentary focused on videogames “Unlocked: World Of Games, Revealed”.

Unlocked: World Of Games, Revealed is a documentary series that behind and beyond the world of Videogames from the creative & Development stages, its effect on society and our mental state and more. It is an online series that can be purchased to watch on STEAM, Google Play, iTunes & Amazon. There are 8 episodes in the first season and can each be purchased for $2.99 or you can get the whole season for $19.99. Episode 3 of the series focuses on Nintendo, Game Journalism and violence and is where you can see Miyamoto talk to Alison Haislip about his work at Nintendo and the thought that went into the Wii Motion controls and why it came to be. You can check out a small clip below courtesy of a Tweet from Nintendo America.

Mr. Miyamoto shares his thoughts behind the creation of Wii motion controls in episode 3 of @UnlockedTVShow. https://t.co/WXMQRtv12v pic.twitter.com/3VK4gVZ3Me