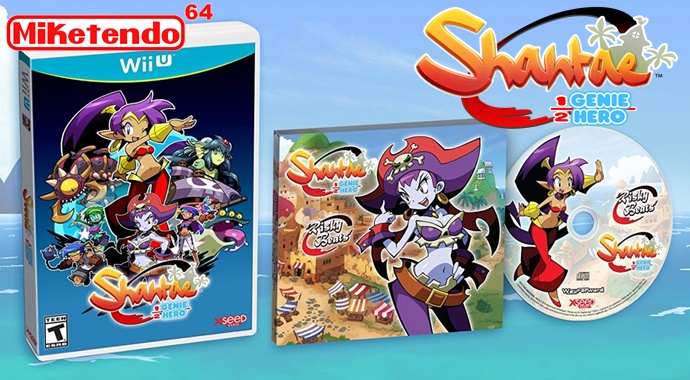 Shantae: Half-Genie Hero On Wii U Hits Retail On December 27

XSEED have released a statement that the “Risky Beats” Retail edition of Shantae: Half-Genie Hero will be arriving to stores in North America on December 27th. A week after the digital format has launched on the Wii U eShop (Dec 20th). There is still no news on when Europe will be geting a physical version so I guess we may have to bite the bullet and get the digital version.