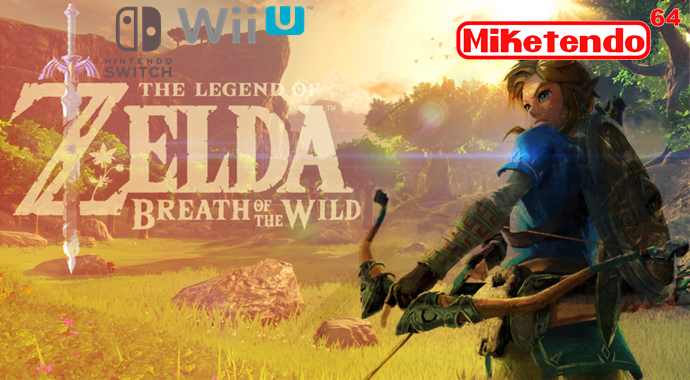 *UPDATE (15/11/16): Following Emily Rogers’ post yesterday regarding Breath of the Wild’s potential delay, Eurogamer’s Tom Phillips has penned his own article on the delay. In it, it was revealed that Eurogamer received a ‘similar schedule,’ thus corroborating with what Rogers wrote, but just in case there was still some doubt, even Laura Kate Dale is backing this claim on Twitter. But until Nintendo confirmed, information such as this, should be taken with a pinch of salt.

If it is one thing we’re used to hearing about regarding The Legend of Zelda: Breath of the Wild, it’s hearing it has been delayed again and it seems that might be the case once more.

Long before we finally laid eyes on the Nintendo Switch, Emily Rogers has been giving us all kinds of Switch related news and rumours. Yes not all of them have come true, but the majority have, so she does have a decent track record, but because this is the kind of article where many news sites will blow what is actually said, out of context, allow us to share with you what has been said and leave the speculation well out of it.

In a new blog post, Rogers writes that back in September, she heard from her sources that localization for the game ‘was becoming more work than anyone had anticipated,’ what with having to localise not just game text, but NPC’S quests and everything else and yes every Zelda game has all of that, but with this being the biggest Zelda game going, there is an awful lot more to translate.

Proceeding from there, Roger’s sources provided her with some more information, an update which basically confessed localization was still proving to be problematic indeed, with one source who went as far as saying: “A very ambitious game, maybe even too much.”

But we’re not in October, we’re in November now and Roger’s sources have come forward and told her that localization may not even be finished until the end of next month, December and although you could consider that as ‘decent news,’ it’s not when after localisation comes through testing, which can usually demand four to six months and since this is the largest Zelda title ever created and one of Nintendo’s largest works going, regardless of the team they have on it, six months is more likely. But to be fair, if they do spend that long working out the kinks, at least Breath of the Wild should be bug free, (mostly).

Now the information provided by Rogers, was in fact previously teased to us, when she was speaking about the 3D Mario game on Twitter and said she ‘wouldn’t be surprised if the 3D Mario game does end up being a launch title for the Nintendo Switch, instead of Breath of the Wild.’ And for anyone hoping it turns out it’s the Switch version that is being troublesome and not the Wii U version, so we can get that sooner, I have some bad news for you, according to Roger’s sources, the Switch version of Breath of the Wild is running a lot smoother than the Wii U version. (Dammit!)

And on a completely unrelated note, Breath of the Wild will apparently give all of those who were lucky enough to play the E3 demo a surprise, because what was playable at E3 was a ‘toned down’ version for journalists and press members to try, so they could have fun with exploring all the demo had to offer, without dying nearly as much as they could have.

Just like we said last time we reported on something Rogers’ said, despite her credibility, until officially confirmed/revealed, this is all just rumours and speculation. What you choose to make of it is up to you to decide, but for anyone who would like to know more, use the link below to access her website and be sure to visit it again soon, because she has promised to write about another Switch title this week:


Categorised in: Breath of the Wild, Nintendo Switch, Rumours, The Legend Of Zelda, Wii U