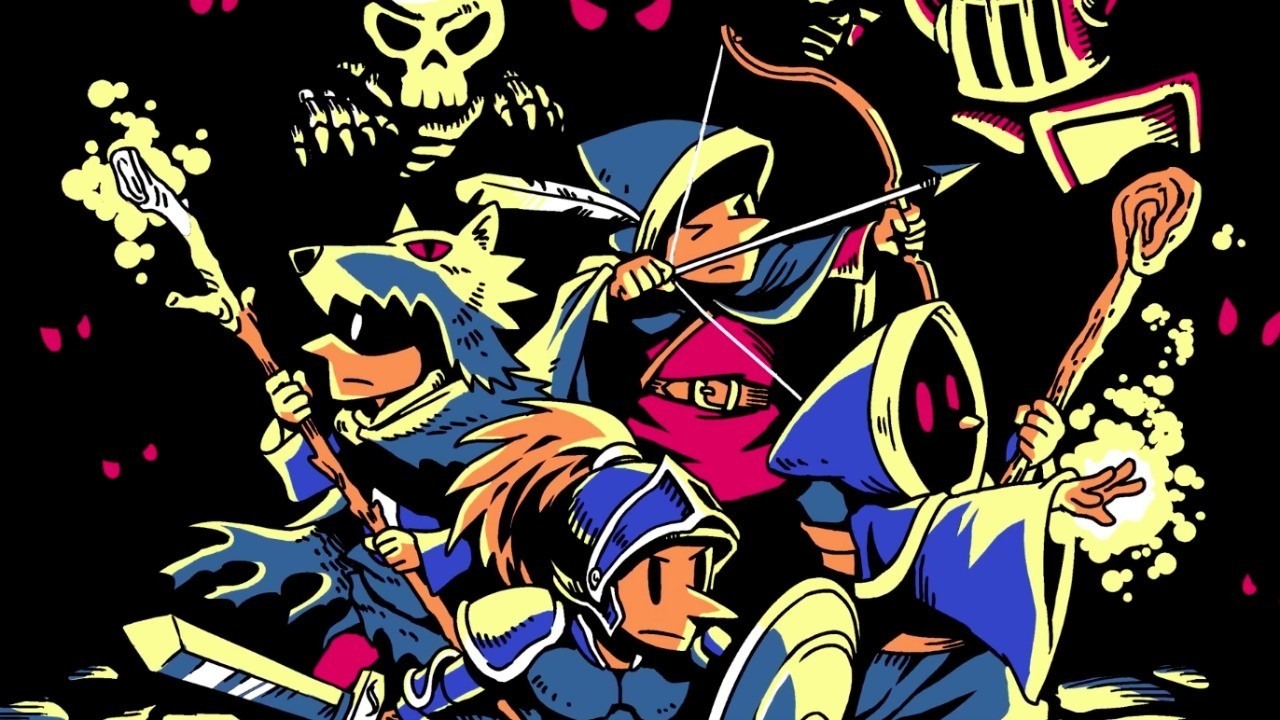 I will admit this is not really a game that I thought I would be interested in but it turns out that is actually surprised me in a good way. It is like Dungeons & Dragons meets Zelda in a 16-bit Turn-based/RTS roguelike exploration game (does that make sense?). You take control of one of four adventurers that have their own skill sets and class (Warrior, Mage, Assassin & Shaman) and you have to make your way through a labyrinth of randomly generated dungeons whilst killing monsters, collecting items and weapons, fulfilling side quests and eventually finding and defeating the Dark Lord who has stolen all the light in the world, Why? Who knows? It is not our job to ask questions, but to slay him and return the light to the world. Still with me? Good.

Originally, this game had launched on mobile platforms before making it up to steam and eventually consoles and has been around since 2014 and has only just made its way to the Nintendo Wii U & 3DS, no doubt due to the extra coding that would be required to make use of the second screens available. The second screens have in fact been made good use of, by implenting them to display the dungeon map and inventory. The Wii U version even includes off-TV play which is a feature I have been using quite a lot, especially when the girlfriend wants to watch something on the TV.

As forementioned, A dark lord has stolen the light of the world and one of four heroes must venture through vast dungeons, slay enemies, collect treasure, level up and eventually take on the dark lord and put an end to his light stealing ways. The plot is relatively simple and the game makes note of it. It is dangerous to go alone, but you do it anyway because no one wants to come with you. It has a rather interesting sense of humour that continues on throughout the game which includes monsters saying “I’m going to get you!” and “What did I ever do to you?” This game knows that it will never be the next “Lord of The Rings” and doesn’t try to be. Instead it focuses on providing good gameplay which I shall now get on to.

Actual gameplay is pretty simple, it is turn-based but not in the way of most turn-based games where you plan your moves, attacks and the unleash what you’ve got. You are free to move anywhere in the dungeon and can attack at any time but every move or attack you make, the enemy retaliates and responds after every move. I found for beginner players that the Assassin would be a better choice as his ranged attacks can normally clear a room of enemies before you are swarmed. Being a mobile game to start with, there are not too many button commands to deal with and are probably no more than 4 different button commands with the exclusion of the D-pad or Control stick. One button is your attack, another opens the inventory, and so on.

There are no tricky button combos with this game except maybe a little button mashing when fighting enemies (then again, that might just be me). The dungeons themselves are generated at random everytime you play from the beginning so no game is the same twice, but each time there are ample items and weapons to collect to be able to make your way to the final boss. The game has only one reall challenge and that is to stay alive at all costs because if you die, it’s game over and you have to start all the way at the beginning again

Bear in mind that this is an intentional 16-bit game and the sprites and textures are meant to look as they do, that said the graphics of this game do not deter me away from playing it. They aren’t ugly and everything fits together nicely. The details to the rooms are well done and the animations don’t look to bad. Text can look a little bit bunched together on smaller screens but still readable.

The actual background music is great to listen to, it doesn’t alway match the tone of the game but it suave enough to not drive you mad after playing it for a few hours. I find the only real let-down is when it comes to sound effects for enemies. All enemy death sound effects are the same which does not add much variety when it comes to killing them and becomes very repetitive. Now granted a lot of retro games used the same sound effect for defeated enemies but I am pretty sure it wasn’t a deep grunt which may fit the dark mages, ogres or vampires but it does seem odd when coming from a bat or a rat which you would think would be more of a high squeak than a low grunt.

It has now come for that moment where we do the Pros & Cons. I have kept in mind to only judge the game for what it is and not compare it to anything else.

I think I will leave it at that, I could list more but I don’t feel like this game deserves to be ridiculed to an extent that just makes me look petty. In it’s defense it is a very good game to play and actually has a lot of elements in it from the Legend Of Zelda on the NES that made it so great and also has some of its bad qualities as well. However, there is no calling the Nintendo Hotline up when you are stuck in this game nor can the Developer help you as like I said before, the dungeons are randomly generated, so no two playthroughs are the same and I am sure that David Amador (the guy that created this game) would be just as confused as to where you have to go as you are. Still, this game is designed for questing and questing you shall do. There is no handholding or direction, just you and a boatload of bloodthirsty enemies that you have to tear into. So without further ado I shall give this game.