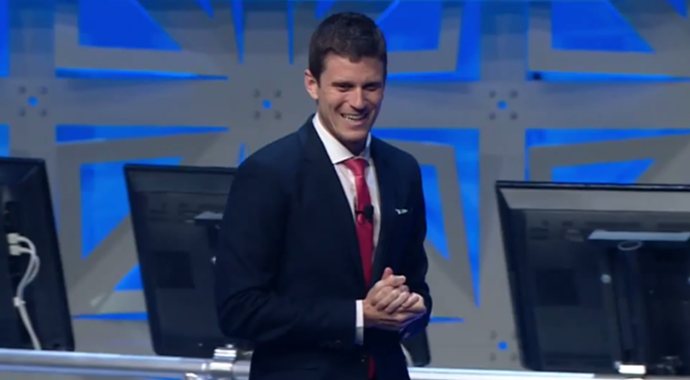 Time for another NX rumour I guess and this time it concerns one Kevin Pereira, the former co-host of G4’s Attack of the Show and the 2015 Nintendo World Championships.

Judging by the number of Snapchat teases he’s put out, it looks like he’ll be handing the presentation for Nintendo tomorrow, during the GameStop Expo 2016 and while already chatter has got underway, derived from “the NX is going to be revealed tomorrow” rumours, now it seems Pereira has taken to Twitter to tease us further.

The photo you saw above is a tweet Pereira put out hours ago, a tweet which has now been deleted and if take all the capital letters and add them together, you spell the following message:

We all want Nintendo to put us out of our misery and announce the console already, but even that deleted tweet and the fact he is representing Nintendo tomorrow, is enough confirmation to confirm an NX reveal. Sure we are now in September, the very month the NX reveal is believed to take place in, but a reveal during the GameStop Expo doesn’t make much sense. It is far more likely they will give us a date for when they will reveal it, (more likely to be during the Tokyo Game Show later on this month) as opposed to suddenly going, “hey everyone, this is the NX!”

I would love it if I am wrong and it does get revealed tomorrow, but right now, it feels more like Pereira teasing us, as a means of getting us hyped for what is revealed tomorrow instead. But that’s just me, what do you think?