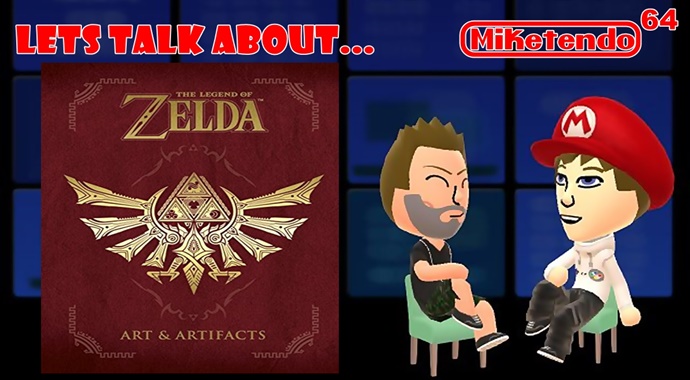 Let’s Talk About: The Legend of Zelda (Art & Artifacts Book)

Hello and welcome to the 11th edition of Let’s Talk About, a series of discussion posts and videos dedicated to all things Nintendo! Be it a singular game, a series in general, consoles or even just Nintendo’s latest actions. It has been a while since we’re done one of these, but we can assure you this regular feature/YouTube webisode is not going anywhere, so in today’s video instalment, we’re discussing The Legend of Zelda: Art & Artifacts Book:

And there we are, at the end of our The Legend of Zelda: Art & Artifacts Edition. We hope you enjoyed the issues we addressed and the talking points we covered. Should there be a game, a series, a character or anything else you would like us to discuss in a future instalment, be sure to mention it in the comments because as far as Let’s Talk About goes, nothing is off limits.