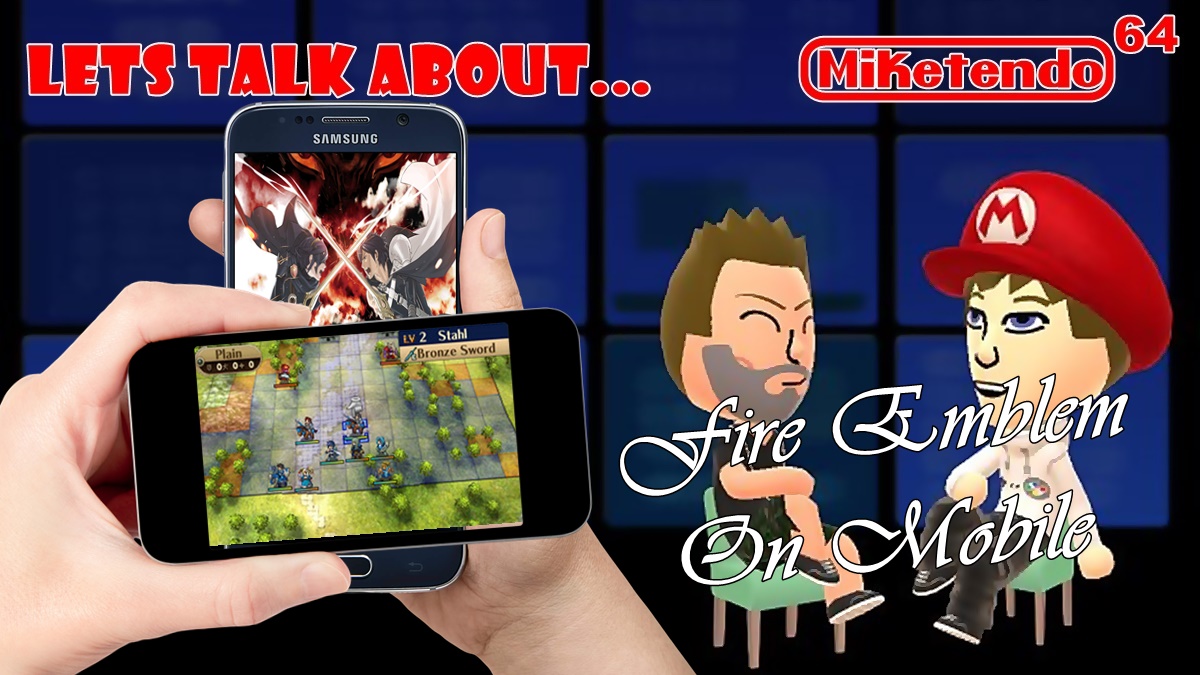 Hello and welcome to the 12th edition of Let’s Talk About, a series of discussion posts and videos dedicated to all things Nintendo! Be it a singular game, a series in general, consoles or even just Nintendo’s latest actions. Now although we’ve already done a Let’s Talk About today, it has been a long time since the one before that, so we’ve decided to spoil you and do a second video instalment for today as well. So join us as we spend this video discussing the things we would like to see from a Fire Emblem as a mobile game and the things we don’t want to see:

And there we are, at the end of our Fire Emblem as a Mobile Game Edition. We hope you enjoyed the issues we addressed and the talking points we covered. Should there be a game, a series, a character or anything else you would like us to discuss in a future instalment, be sure to mention it in the comments because as far as Let’s Talk About goes, nothing is off limits.