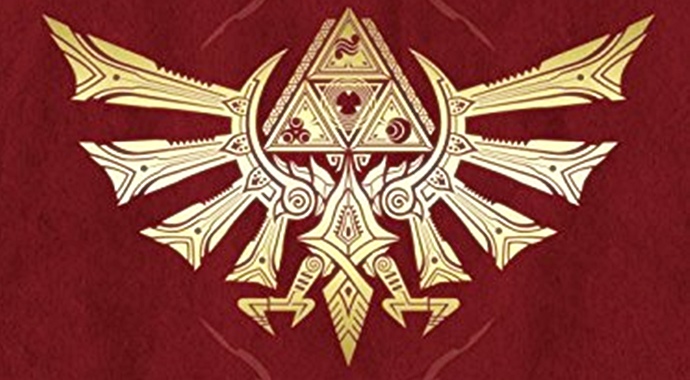 The Legend of Zelda: Art & Artifacts (Coming to North America in February 2017)

*UPDATE (23/08/16): New photos on the amazon listings for The Legend of Zelda: Art & Artifacts, appear to confirm the work is the English version of Hyrule Graphics and there is now also a listing for a German version available for pre-order on amazon.de and costs €32.67 euros.

Japan may be the only nation receiving the extra special The Legend of Zelda Hyrule Graphics this month, but it seems they won’t be the only nation getting a special Zelda hardcover book as listings on North America amazon sites have revealed there is an English Zelda graphic book also on its way, thanks to a partnership between Nintendo and Dar Horse Books.

Priced at $39.99 USD ($53.99 CDN) and releasing on the 21st of February, 2017 is the Legend of Zelda: Art & Artifacts. A hardcover book jam-packed with Zelda illustrations and interviews, which going by the product description below, sounds an awful lot like an English version of the Hyrule Graphics book:

For a lot of us this is great news indeed, since from the moment we first heard about Hyrule Graphics we automatically started saying “I want,” and “I need!” Well it looks like we’re getting that wish after all, even if it means we have to wait until next year before the book can grace our hands with its presence. But for the sake of repetition, for now it seems this book is only a North American exclusive, so until a UK and European versions are announced, if you do live in the likes of England and you want this book, you might want to bear in mind that importing might just be your only way of getting the book.

Although we could leave it there, there is just one more thing to bring up. Despite the book’s description saying the book is “over four hundred pages” long, if you scroll down to Product Details, where it says Hardcover, amazon states the book as having 304 pages. Amazon is not perfect and is no stranger to mix ups such as this, so although the description states over 400, it’s more likely that the description has got it wrong and that 304 pages is in fact the magic number. But what does that matter, it’s Zelda and since a lot of us love Zelda and will be buying this book, here are the pre-order links for both amazon.com & amazon.ca:

Make sure you let us know what you think of the cover!