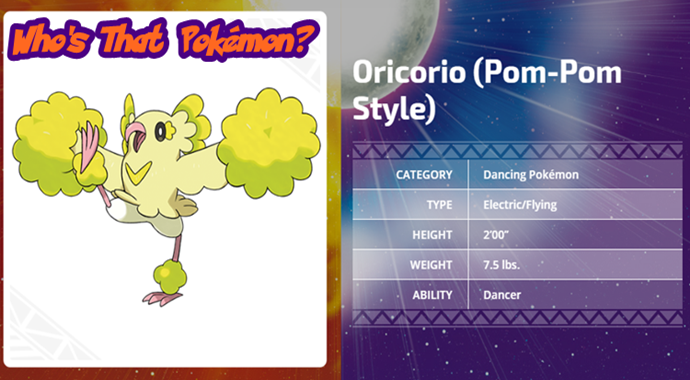 The Pom-Pom Style Oricorio is very friendly toward people, and it uses dancing to encourage Trainers who are feeling glum. When it dances, its feathers are charged with static electricity. It can attack with these charged feathers, and sometimes it unleashes a powerful electric shock.