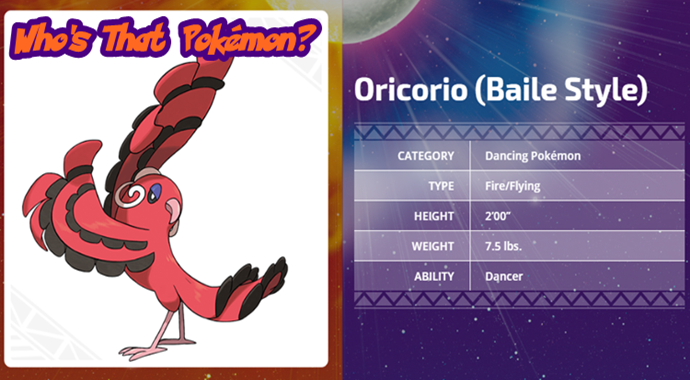 The Baile Style Oricorio is very passionate, and power fills its body when it dances. It sends downy fluff flying during its intense dances. By igniting this fluff, it can unleash a fiery dance attack.