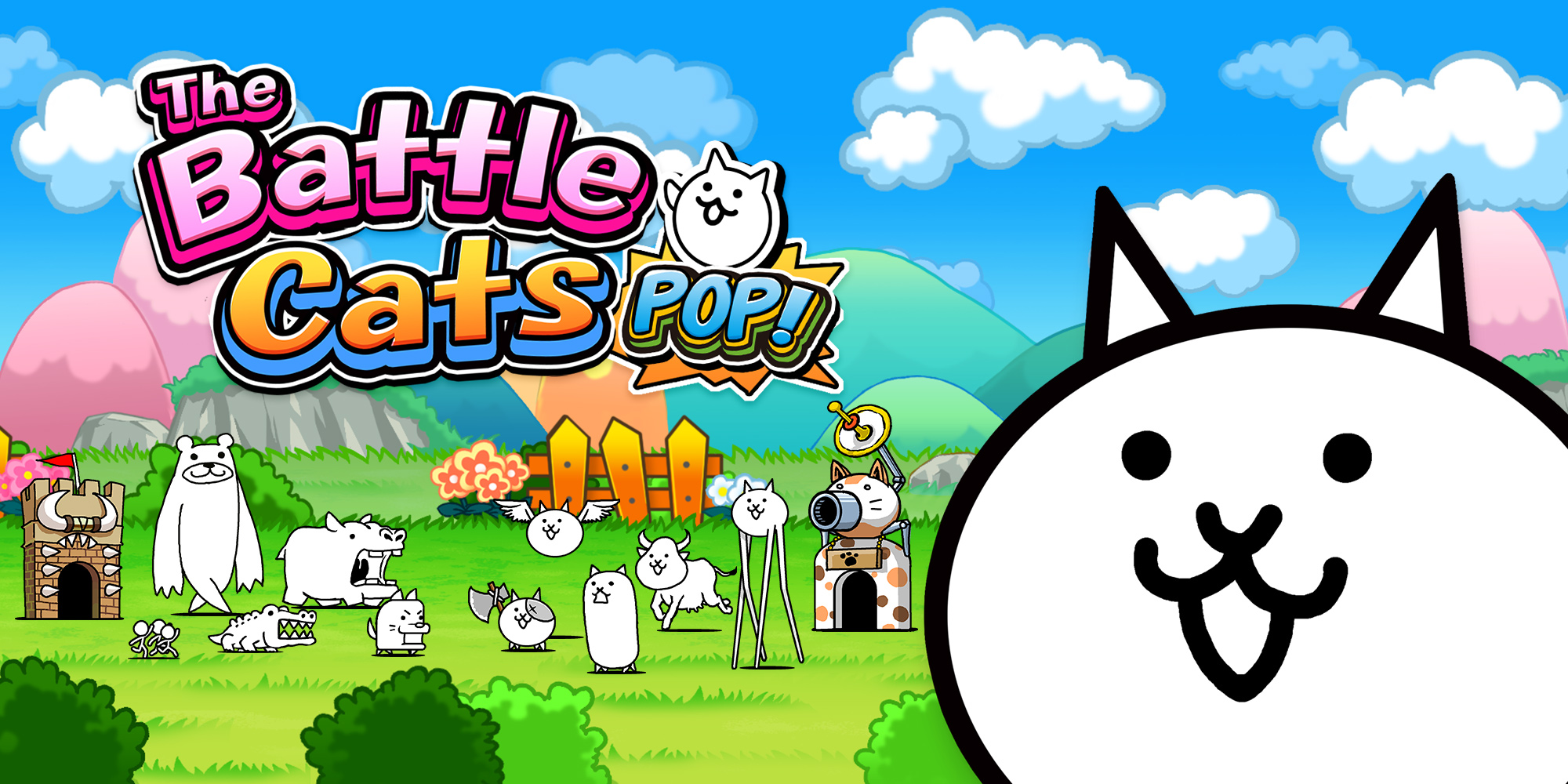 The Battle Cats Pop is a tower defence eShop game (costing £8.99 in the UK). It is also available on IOS/Android for free(with in-app purchases), which I haven’t tried yet. I only discovered this game a couple days ago and I am already hooked.

The main goal of the game is to conquer the world using an army of cats. Sounds weird? It is, but very fun and addictive.

Being a tower defence game there is strategy involved of course. This is quite easy to learn and master. You have to deploy the cats at the right time and they make their way across the screen to destory the enemies and their base, and protect your own. Each base is set in a different country and is that countries/states landmark, for example France-The Eiffel Tower, England-Big Ben and New York-The Statue of Liberty. These are visually appealing as well, along with the backgrounds, despite looking simple.

Each cat has different attacks/abilities to use in battle. You can also evolve them using XP to make them stronger. Some of the cats are very weird and odd looking but it is very amusing, like the rest of the game. Some examples of the cat names are SexyLegs Cat, Jurassic Cat, Macho Cat and UFO cat.
There is also an item shop for trading other items for more XP, or buying items to speed up the battles and or the ability to get the best treasure during play. You can also upgrade your base and cannon.

Certain treasures can be used to get rare powerful cats. If you aquire a cat you already have, it can traded for more XP or can be used to make a second team (a team can have up to 10 cats).
I have found myself playing this for a few hours and couldn’t put it down, the end is nowhere in sight so I don’t think it’s a short game. I recommend it to anyone who enjoys tower defence games that doesn’t take itself seriously.
I don’t think there are any noticeable differences to the mobile version, except this version has no micro transactions. So for me it’s worth £8.99 as you are getting all of the content.

There is also VS mode which I haven’t tried yet as it doesn’t appeal to me personally, it’s fun enough to play alone.
I also want to add the music is very catchy and suits the game well.
It’s a fun casual game that I would score 9/10.