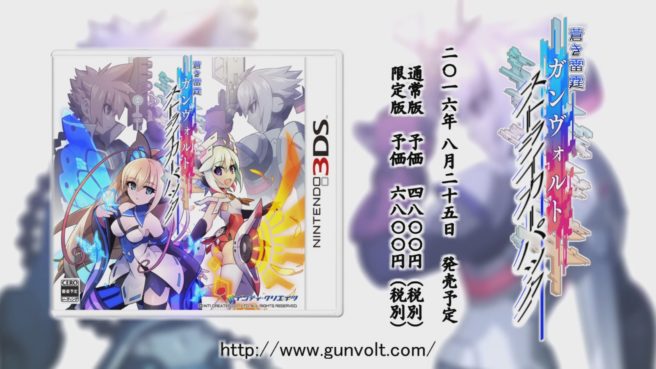 Azure Striker Gunvolt 2 is heading to Japan on August 25th and it’s developer Inti Creates will be offering a special two-pack version with the first game included as well. There was some interest in the west  but there was nothing solid to say for certain until now.

The Azure Striker Gunvolt: Striker Pack has just been rated in Australia and what makes it more intriguing is that Yacht Club Games  (creators of Shovel Knight) are listed as publisher.  With the twin-pack successfully rated in Australia, maybe there is a chance of seeing the Azure Striker Gunvolt: Striker Pack coming to Europe & North America as well