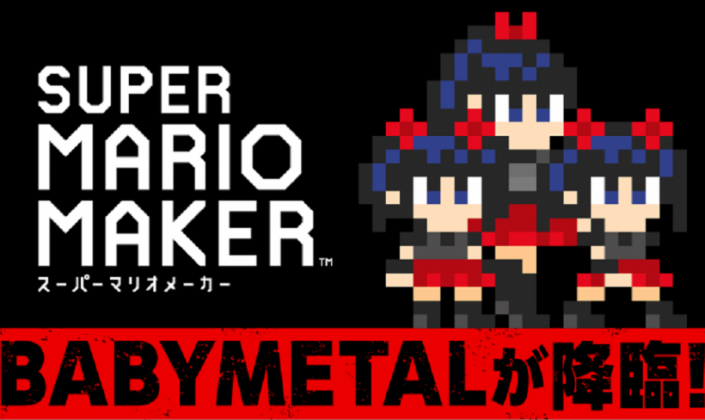 Triple Trouble for Super Mario Maker BabyMetal are to Bring the Noise!

It’s been a while since we received a Mystery costume from an event course and it seems the wait is over because later tonight in North America and in the morning of the 28th of April for Europe, a new event course will be turning up in Super Mario Maker!

Similar to the Totem Link costume we got back in 2015 to celebrate the release of Tri Force Heroes, the next costume is not of a single character, but three and this time it’s BabyMetal! For those of you who are already aware of BabyMetal, I’ll let that fact sync in, but for those who you who have no clue whatsoever, well you’re the lucky ones! BabyMetal is a trio of teenage girls in a Japanese metal idol band who as you can guess, are big in Japan and since the release of their first album in 2014 and their second at the beginning of this month, they are showing no signs of slowing!

If you’re smart, you won’t even try to get the costume, but unfortunately for me, I’m not smart, so getting the costume is something that is on my to-do-list and if you’re still reading this and haven’t turned your computer off for the night, which is the perfect reaction to all of the news that has gone on today, you can see footage below of the costume in action and what Babymetal have to say about being in Super Mario Maker:

For fans out there, this is obviously a costume you’ll just have to get and for those who aren’t fans, here’s hoping the next one might be more of a return to secondary Nintendo characters we do know, as opposed to costumes of characters who are trending in Japan.

I’m still holding out for Shovel Knight, and with the release of the game in Japan getting closer with each day, it should soon happen, but I’m not the only one desiring such a character, because a reddit user even went out of his way to create his own Shovel Knight sprite for Super Mario Maker and you can see an image of that creation here: