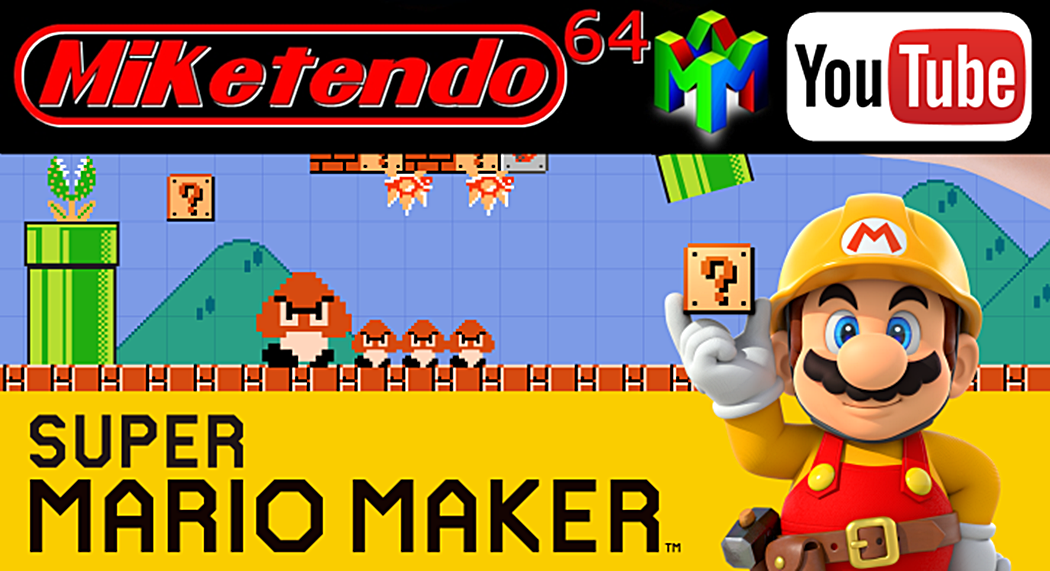 With the constant stream of costumes released on a weekly basis, the Miketendo64 team have begun to notice a pattern and with Nintendo sticking to form, the pattern continues to hold and now we feel confident to speak out on it.

It all started with Professor E. Gadd of Luigi’s Mansion fame. When he and his Paranormal Research course made their way to us, it was on the evening of the 4th of February for gamers in Northern America and the 5th for those of us in Europe and Japan and with his inclusion, a new row was created, #121-#130.

At first this was just the first event course and costume released in a couple of weeks, (Paranormal Research however didn’t come alone as it was also joined by 4 Tokaigi 2016 Concert courses) but then exactly a week later, we got another event course, I Choose You! This new course didn’t just give us one, but three new costumes as the Kanto starter Pokémon had made their way into Super Mario Maker. Again this seemed like a single event, unrelated to Professor E. Gadd because why would it be? The only reason the Pokémon starters made it into the game was because of the anniversary, but why release them when they did? It seemed odd to release them on the 11th/12th of February, considering as the Pokémon anniversary and re-release of the original games, wasn’t due for another two and a bit weeks.

So there I was with this in mind, pondering the reason behind this and then came the next two costumes, Chitoge Kirisaki on the 18th/19th and Barbara the Bat on the 25th/26th of February. No longer do the release dates appear to be random, but more chosen by design. Sure we’ve had new courses release on Thursday evening/Friday morning, but never on a consistent weekly basis like we’re having now and the relevance of this is should Nintendo continue to follow this pattern, it means we can expect to see the next four costumes released on the same weekly basis, meaning a new event course can be expected to arrive on the 3rd/4th of March, as well as on the 10th/11th with number #129 due out on the 17th/18th and the last one in the row, number #130 itself making its way to us on the 24th/25th of this month.

Admittedly, all of this is merely a speculated theory on our part, but for now it seems to be holding and the cool part is it means next week as well as being able to unlock the Wolf Link costume with our amiibo when we finally get it and our copy of the game, but we’ll also get to play another event course too and that’s just gravy.

Now why give you one theory when we can give you two as we’ve also been thinking about row #131 onwards, which we’re dubbing amiibo row, a row specifically for amiibo exclusive character unlocks which will include Roy, Ryu, Wolf Link and Shadow Mewtwo and for anyone hoping for another update for Super Mario Maker, now might be a good time to listen up. From what we’ve seen of Wolf Link, the costume appears to be an amiibo exclusive, which will be the same for the other costumes, until May when an update will come out making these costumes able to be unlocked by clearing 100 Mario Challenge on expert mode again and again (just a theory).

Were Nintendo to do this right now, we would be able to start getting these costumes, but should they hold out, they can guarantee themselves some more amiibo sales and then a couple months down the line after this batch has acquired some sales, Nintendo will release a new update for the game that would enable players you didn’t purchase the amiibos, the chance to unlock the costumes, but they will have to pay for them through blood, sweat and a whole lot of tears, a state in which expert mode made me undertake every time I played it.

We also theorise that this won’t be a single event, as the same can be expected to happen again when Bayonetta, Cloud and Corrin come out, as well as other amiibos that come to light from this point onwards and we also believe Shovel Knight will make an appearance eventually, but not until Shovel Knight actually sees a 3DS and Wii U release in Japan.

One thought on “Super Mario Maker – A Pattern Emerges”