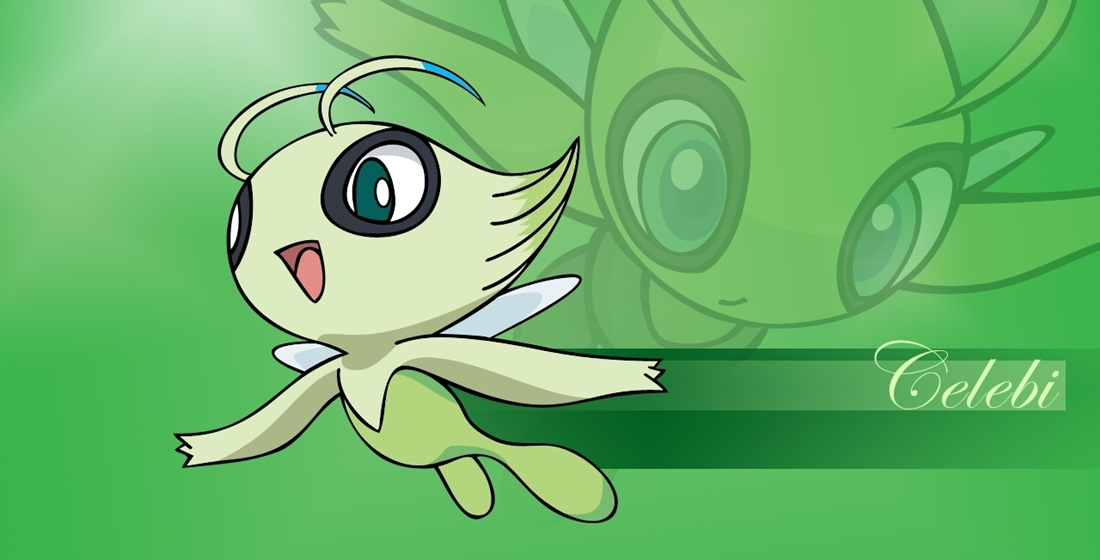 The Month of Mew is nearly over and in just a few days, the Month of Celebi begins as the Monthly Mythical Pokémon distribution continues.

Although the Mew giveaway is over for most of us, those in Denmark, Sweden and Norway can still get their hands on Mew, as the event has now reached your part of Europe and you can collect your Serial Code for Mew from BR stores across all three countries. Fortunately you won’t be pressed for time to get your Mew as the event runs from now until the 30th of April, so there is plenty of time to claim you very own Mew. Now for those of you who are in the UK, you will need to rush to your nearest GAME, because although the event hasn’t finished yet, it does on the 28th so you will need to be quick.

March marks the arrival of time travelling, Psychic/Grass-typed Celebi, who, as previously divulged, will be available to us all via Nintendo Network, between the 1st and 24th of March and just like Mew and the other Mythical Pokémon being distributed this year, Celebi will be Lv.100 and have the following moves:

If you are new to the series or just new to receiving Pokémon via Nintendo Network, the process is fairly simple. All you need is to be present in an area where you can access the Nintendo Network, your hand-held console and your copy of either Pokémon X&Y and ORAS game:

How to Receive your Celebi:

-First turn on your device, load up the game and access Mystery Gift.

-You should then see the gift Pokémon (Celebi) pop up and be asked if you want to receive it. Select “Yes.”

-You will then be told to not turn off your device whilst receiving your gift.

-Once received you will be able to see the “Wonder Card,” which thanks you for playing Pokémon and tells you that you can pick up your gift from the delivery girl at any of the Pokémon Centres in game.

-Lastly, go to a Pokémon Centre of your choice, and speak to the delivery girl. She will then give you your Celebi. (Whoooo!)

Should you need further explanation, you could always use the link below for further instruction:

After Celebi, April’s Mythical Pokémon is of course Jirachi, which is also meant to be solely available from the Nintendo Network, but then in May, when it is the turn of Darkari, it will be back to receiving Code Cards and Serial Codes from designated stores, such as the locations we had this month. For a list of countries and their chosen stores look below, but be advised a few of these could be changed closer to the day, but for now the locations are solid:

But it’s not all Mew and Celebi this month and the next, as other Pokémon distributions have also come to light. Pokémon such as a special Delibird, holding the Relic Gold item, which is only available for those who participated in the Festive Feud Battle Competition that took place last year in December. You only have until the 28th of February to get yours before it’s too late. As for the second distribution announced, this one concerns a Shiny Ho-Oh, which is to celebrate the opening of the new Pokémon Centre on Kyoto. Ho-Oh will be distributed at all Pokémon Centres from March 16th until the 24th of April, 2016.

Lastly there will also be a special Psyduck available in Japan, during the month of March at the Kyoto Pokémon Centre, due to appearances by Junichi Masuda, Hiroshima and Fukuoka, for signings as part of the #Pokemon20 celebrations and let us not forget the distribution of the Kanto starters as new Mario Costumes for Super Mario Maker.