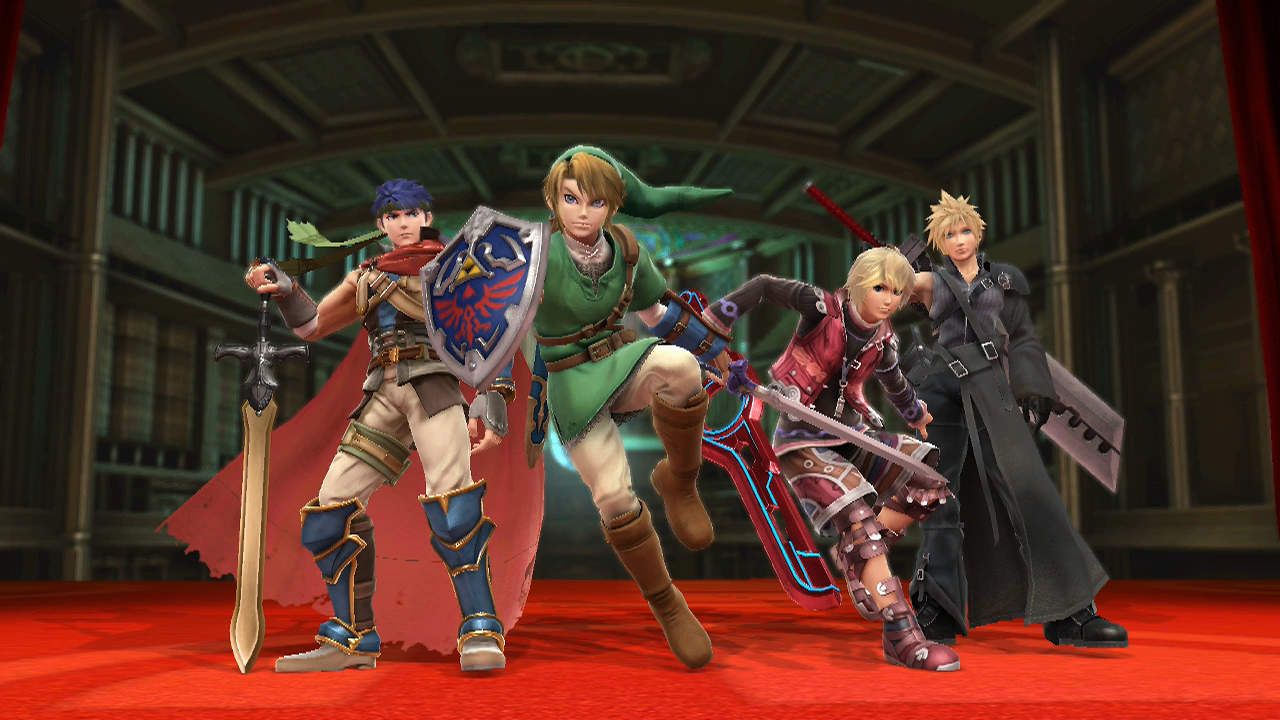 After playing around with the latest DLC Character in Super Smash Bros for Wii U. I decided to put Cloud Strife through his paces with the Three swordsmen of Smash! Ike from Fire Emblem, Shulk from Xenoblade Chronicles and Link from the Legend of Zelda. Now I know that there are a lot more swordsmen characters in the game but these three really represent their respective Game Series. The battleground in which they fought on was the new Midgar stage which comes with its own unique hazards in the from of Summons which can affect the stage in a manner of ways from spewing fire, slicing the stage in half, electrocuting platforms which can be damaging to everyone except to the fighter who summoned them. Like many others I was skeptical about Cloud joining Smash but after playing with him for a while, I really warmed to him and he is probably my new second favourite fighter in Smash Bros. Anyhow I have created a gameplay video called “The Four Swordsmen Of Smash!” Which features Cloud in action against Ike, Shulk & Link on the Midgar Stage in both versions, Standard & Omega. The Grand finale of course is how Cloud fares against a Lv. 50 Link Amiibo Fighter. If you haven’t bought the DLC maybe this video will aid your decision.