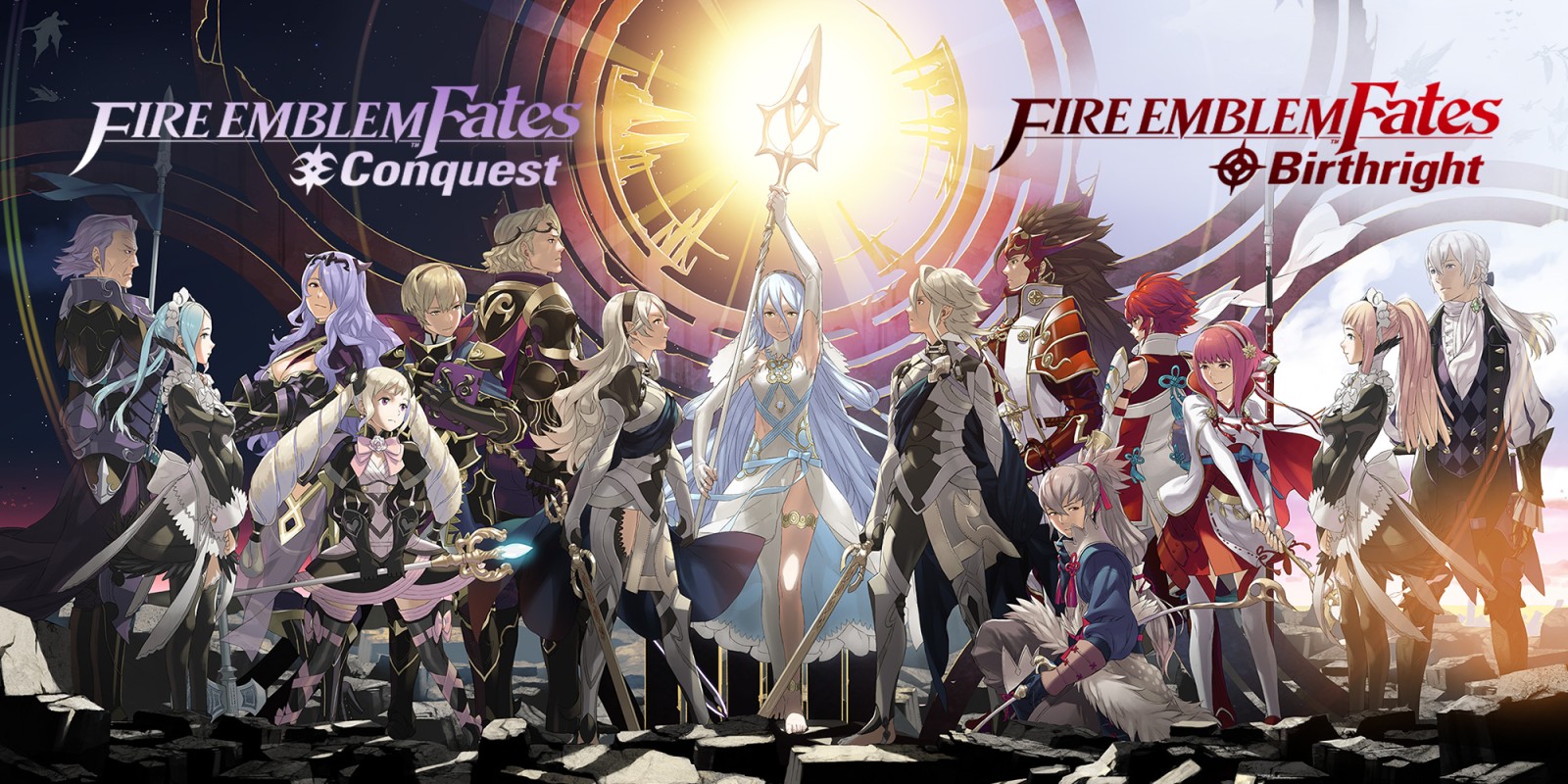 With Nintendo intending to cease purchases for the Nintendo Wii U and 3DS in the coming months, earlier today they issued a notice on what is to be expected. It is in light of these changes and how they would affect Fire Emblem Fates, Nintendo has also provided a separate notice on what will happen with regards to the game’s three downloadable paths, Conquest, Birthright and Revelation.

For the full details, we have them here:

As of 27/03/2023, it will no longer be possible to make purchases in Nintendo eShop for Wii U and the Nintendo 3DS family of systems. This also applies to the purchase of the three downloadable story paths – Conquest, Birthright and Revelation – in Fire Emblem Fates.

Players who purchase the European download version of Fire Emblem Fates choose their story path after completing Chapter 6 of the game, and this choice determines which version of the game they own. Only after reaching that point can the chosen path’s game data be downloaded.

Sales of the game Fire Emblem Fates will end one month earlier, on 28/02/2023. DLC for Fire Emblem Fates, including story paths accessible after the completion of Chapter 6, will still be available until 27/03/2023.

We advise owners of the European download version of Fire Emblem Fates to ensure they complete Chapter 6 and download the game data for their chosen path before 27/03/2023. Players who wish to purchase the additional story paths should also do so before this timing.

Two kingdoms are on the brink of war – and you must decide whose side to take in Fire Emblem Fates for Nintendo 3DS family systems. As a Hoshidan prince raised by Nohrian royals, you’re torn between two families. The path you choose determines the fate that awaits you and the army you lead. Command them with expert precision and form stronger relationships in this ambitious turn-based strategy game.

Lead your army to victory – For the first time ever, your customised avatar is the main hero. Guide your army through challenging turn-based battles, and devise your plan of attack based on your allies’ classes, weapons and support levels. Each unit and weapon has strengths and weaknesses that you must balance against the foes they face. Partner your allies on the battlefield so they can support one another in combat. Building relationships is key – the closer your allies become, the better they’ll fight together.

Build your home base – With the new castle feature, you can create a home away from home for your army. Shop at weapon and armour shops, get new accessories and practise your strategy by fending off invasions. By adding new buildings and features to your castle as you go, you can build your homestead as you see fit. Players you encounter via StreetPass will also show up in castle’s Travelers’ Plaza, giving you the chance to meet their StreetPass teams in battle!

Battle other players – When you’re not fighting off Nohrian or Hoshidan soldiers – or both! – put your skills to the test against real-life opponents! Test your tactics against friends locally with Local Play, or take the battle online* against friends or randomly matched players.

You can add heroes to your game with amiibo – If you tap compatible amiibo (sold separately), fan-favourite Fire Emblem heroes will appear in your castle! You’ll receive special items the first two times you tap in an amiibo character, and get to challenge the character to battle on the third time. If you defeat them, they may even join your army!

Choose a side and seal your fate in Fire Emblem Fates, only on Nintendo 3DS family systems!