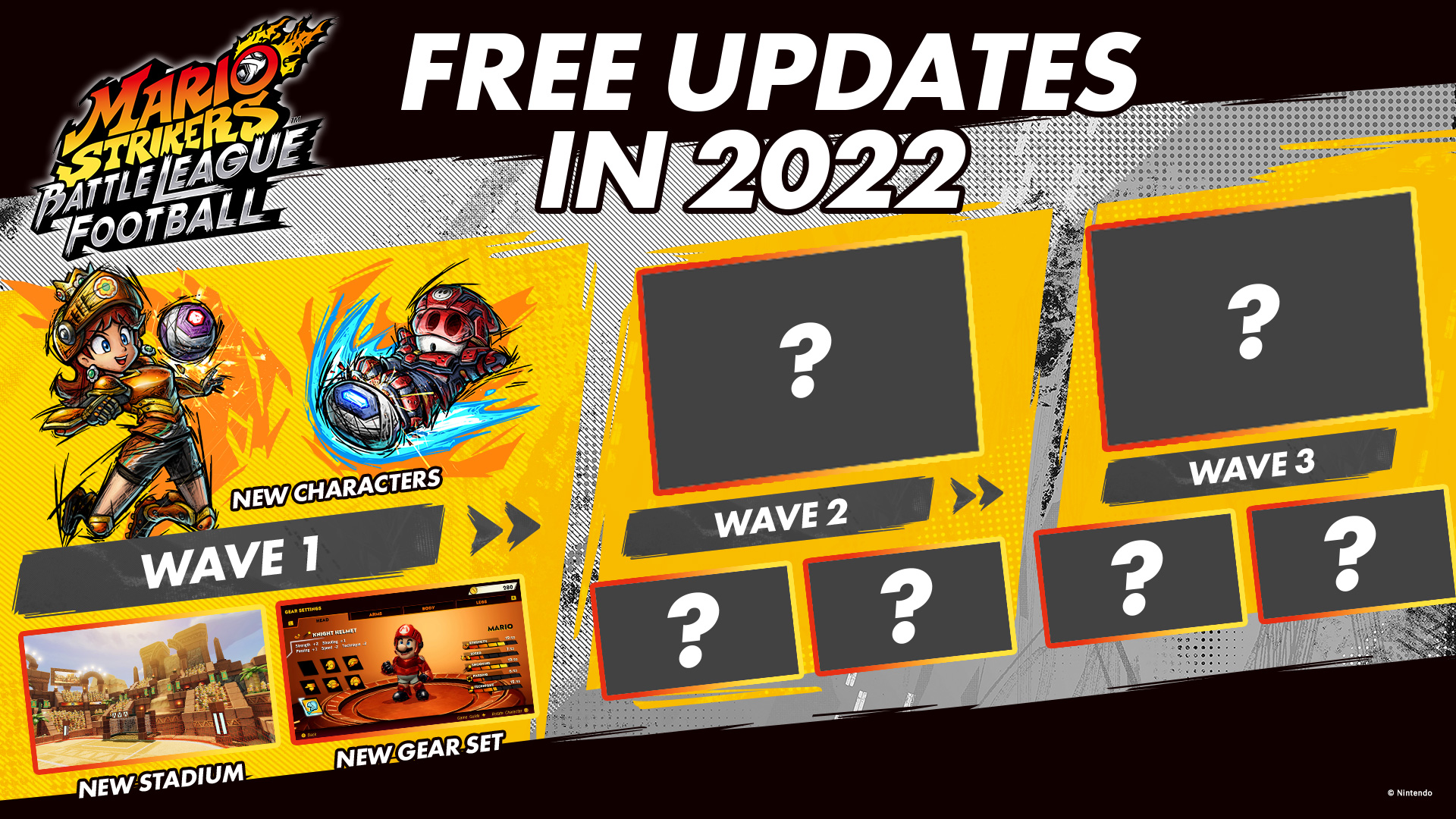 More than 5 weeks since the release of Mario Strikers: Battle League and Nintendo have now announced the first two characters who will be joining the game via a free update. This Friday, the 22nd of July, Daisy and Shy Guy will be added to the game and a new Desert Ruin stadium and the Knight uniform will also be added as well.

The first free update for #MarioStrikers: Battle League Football arrives this Friday and brings with it some familiar faces… pic.twitter.com/qe8rpN9LwR

While it is great that Daisy has now been added to Mario Strikers: Battle League (though many could argue that she should have been available from the start), we can’t help but feel that this should have possibly gave been announced sooner. Not necessarily have the characters added sooner but at least the announcement before the game started to lose steam with the players and the general buzz around the game died down.

Still, that said, Nintendo has confirmed that there are another two waves of characters to come yet. It will be interesting to see who will make the cut and get drafted and who will not be signing on to join the Battle League. What are your thoughts and speculations? Do let us know in the comments!