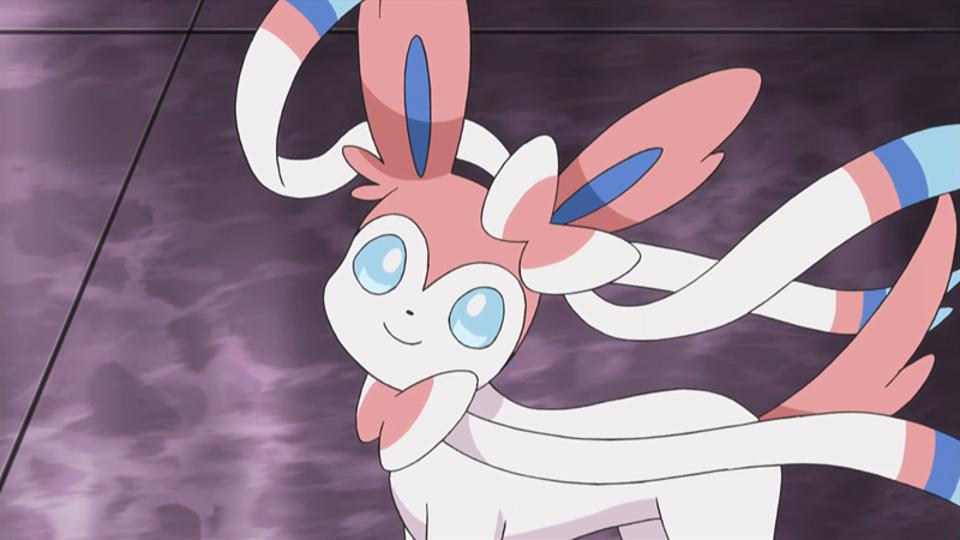 Just a couple more days of waiting to endure.

With Mamoswine now playable in Pokémon UNITE, having been added on September 29, the time has almost come for Sylveon to join the battle. First teased back in August, Sylveon will prove all is fair(y) in love and war when the Gen 6 Eevee Fairy type evolution, is added on October 5, 2021 for those in the US and October 6 for European and Japanese audiences.

After the release of a stunning, but very costly piece of Holowear for Alolan Ninetales, it’s nice to have some news to delight fans, rather than offend them by releasing a new skin that costs 2,499 Aeos gems.

When heaping elegance and charm aren't already enough, Alolan Ninetales is stepping it up a notch with its upcoming Holowear! Defeat your opponents while being really, really, really, ridiculously good looking starting 10/1! #PokemonUNITE pic.twitter.com/HWKqSUGXji

Footage of Sylveon in action can be seen here:

Get ready to scorch the competition in Pokémon UNITE, as Sylveon is now available to join your team. This Pokémon is a Ranged Attacker, and it’s ready to stare opponents into submission. Sylveon begins each match as Eevee, and it will evolve into Sylveon at Lv. 4.

Eevee’s basic attack becomes a boosted attack with every third attack, dealing increased damage when it hits. When Eevee evolves into Sylveon, its boosted basic attacks will also increase its movement speed for a short time when they hit. Eevee starts out with the Ability Adaptability, which increases Eevee’s Sp. Atk for a short period whenever it deals or receives damage. When Eevee evolves into Sylveon, Adaptability becomes Pixilate, which increases Sylveon’s Sp. Atk and Sp. Def for a short time whenever it deals or receives damage.

When Eevee reaches Lv. 4 and evolves into Sylveon, Swift can be upgraded into one of two moves—Mystical Fire or Hyper Voice.

Mystical Fire has Sylveon create four small flames while it advances in a designated direction. The flames shoot toward opposing Pokémon one by one, dealing damage and decreasing the opposing Pokémon’s Sp. Atk for a short time when they hit. Each time a flame hits, it reduces this move’s cooldown period. This attack can also be upgraded to increase the number of flames by one.

Hyper Voice unleashes multiple sound waves that deal damage when they hit. The damage they deal increases the farther the target is from Sylveon. Every time a sound wave hits, the next sound wave’s damage increases. Like Mystical Fire, this attack can also be upgraded to increase the number of sound waves by one.

At Lv. 6, Baby-Doll Eyes can be upgraded into either Draining Kiss or Calm Mind.

Calm Mind has Sylveon quietly focus its mind and calm its spirit to increase its Sp. Atk, Sp. Def, and movement speed for a short time. An upgrade to Calm Mind allows Sylveon to completely nullify the damage of an opposing Pokémon’s move. This nullification can occur only once each time Calm Mind is used, and if it is successful, Sylveon gains a shield afterward.

Show the opposition just how invincible you are with Sylveon’s Unite Move, Fairy Frolic, which it learns at Lv. 8. This attack sends Sylveon leaping into the air, rendering it temporarily invincible. The moment Sylveon lands, it deals damage to opposing Pokémon in the area of effect and restores its own HP. For a short time afterward, a percentage of the damage Sylveon deals is converted into HP for Sylveon’s own benefit.

Sylveon is ready to scorch opponents and kiss the competition good-bye. Frolic on over to the Unite Battle Committee shop to get Sylveon’s Unite license today!