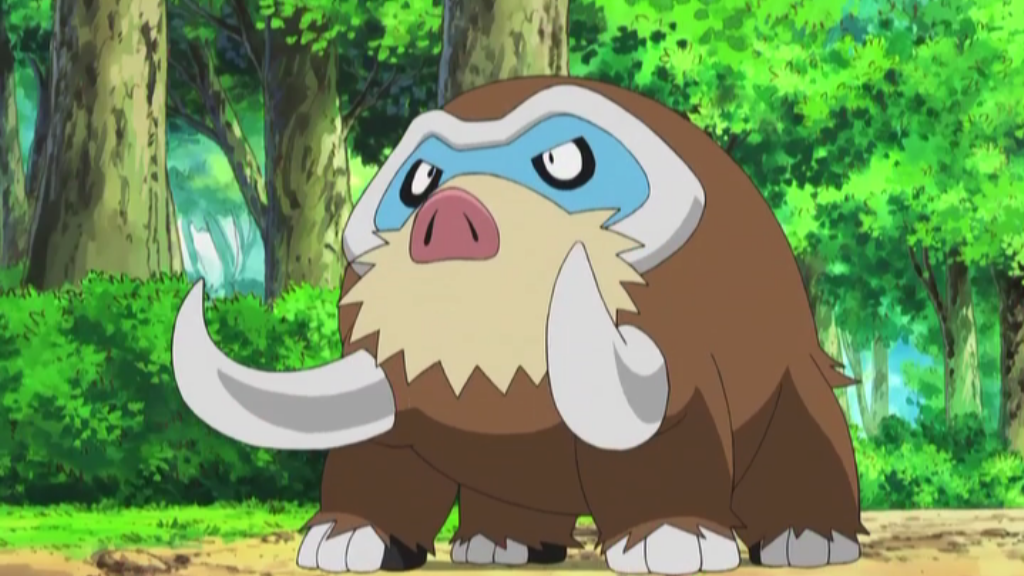 Pokémon UNITE adds Mamoswine as Part of Next Week’s Update

Previously announced for Pokémon UNITE before the game’s mobile release, today, news has broken that players will not have to wait much longer for the Twin Tusk Pokémon. In fact, you won’t even have to wait an entire week as the Ice/Ground-type, Mamoswine, will make its debut on September 29, 2021, alongside a brand new update.

Not only is the update a requirement for the addition of Mamoswine, but due to a number of bugs that have popped up as part of Version 1.2.1.3, such as a bug where Crustle gains “an unintended strength boost in certain circumstances,” this patch comes at a good time, especially when there an issue at play where players are unable to claim the “Preregistration Campaign rewards” they’re entitled to due to pre-registering for the mobile release.

On the plus side, while players will need to wait for the official patch notes to come in, at least we have a brand-new character spotlight showcasing Mamoswine, which you can see right here:

For those of you who would love to know more about Mamoswine, especially about the moveset, a new blog has gone live covering all the details and we’re sharing them right here:

Get ready to ice out the competition in Pokémon UNITE, as Mamoswine is now available to join your team. This powerhouse Pokémon is a Melee Defender, and it’s ready to carry its weight in any battle. This Pokémon begins each match as Swinub, and it evolves into Piloswine at Lv. 6 and Mamoswine at Lv. 10.

At Lv. 1 and Lv. 3, Swinub can learn Ice Shard and Tackle. Ice Shard is a ranged attack that hurls three chunks of ice at a designated location, dealing damage to opposing Pokémon in the area of effect and decreasing their movement speed for a short time. Tackle is a dash attack that has Swinub rush recklessly in a designated direction, dealing damage to opposing Pokémon it hits and throwing them.

When Swinub reaches Lv. 6 and evolves into Piloswine, Ice Shard can be upgraded into one of two moves—Icicle Crash or Ice Fang.

Ice Fang uses Piloswine’s cold-infused fangs to throw the opposing Pokémon that’s closest to Piloswine, dealing damage and leaving the Pokémon frozen for a short time. Piloswine can then choose a direction to slam the thrown Pokémon forward or backward, dealing damage to opposing Pokémon in the area of effect and leaving them frozen for a short time. This attack can be upgraded to increase the area of effect.

At Lv. 8, Tackle can be evolved into one of two moves—High Horsepower or Earthquake.

The other move, Earthquake, has Piloswine leap in a designated direction and land forcefully, dealing damage to opposing Pokémon in the area of effect and pulling them toward Piloswine. The move can be upgraded to decrease the movement speed of opposing Pokémon for a short time when the move hits and increase the move’s pulling power.

To truly crush the opposition, make use of Mamoswine’s Unite Move, Mammoth Mash, which it learns at Lv. 10. This area attack has Mamoswine jump to a designated location and become immune to hindrances. Mamoswine then repeatedly stomps the ground, dealing damage to opposing Pokémon in the area of effect and decreasing their movement speed for a short time with each stomp. The final stomp throws opposing Pokémon in the area of effect.

Mamoswine is ready to stomp the competition and defend your team. Crash on over to the Unite Battle Committee shop to get Mamoswine’s Unite license now.