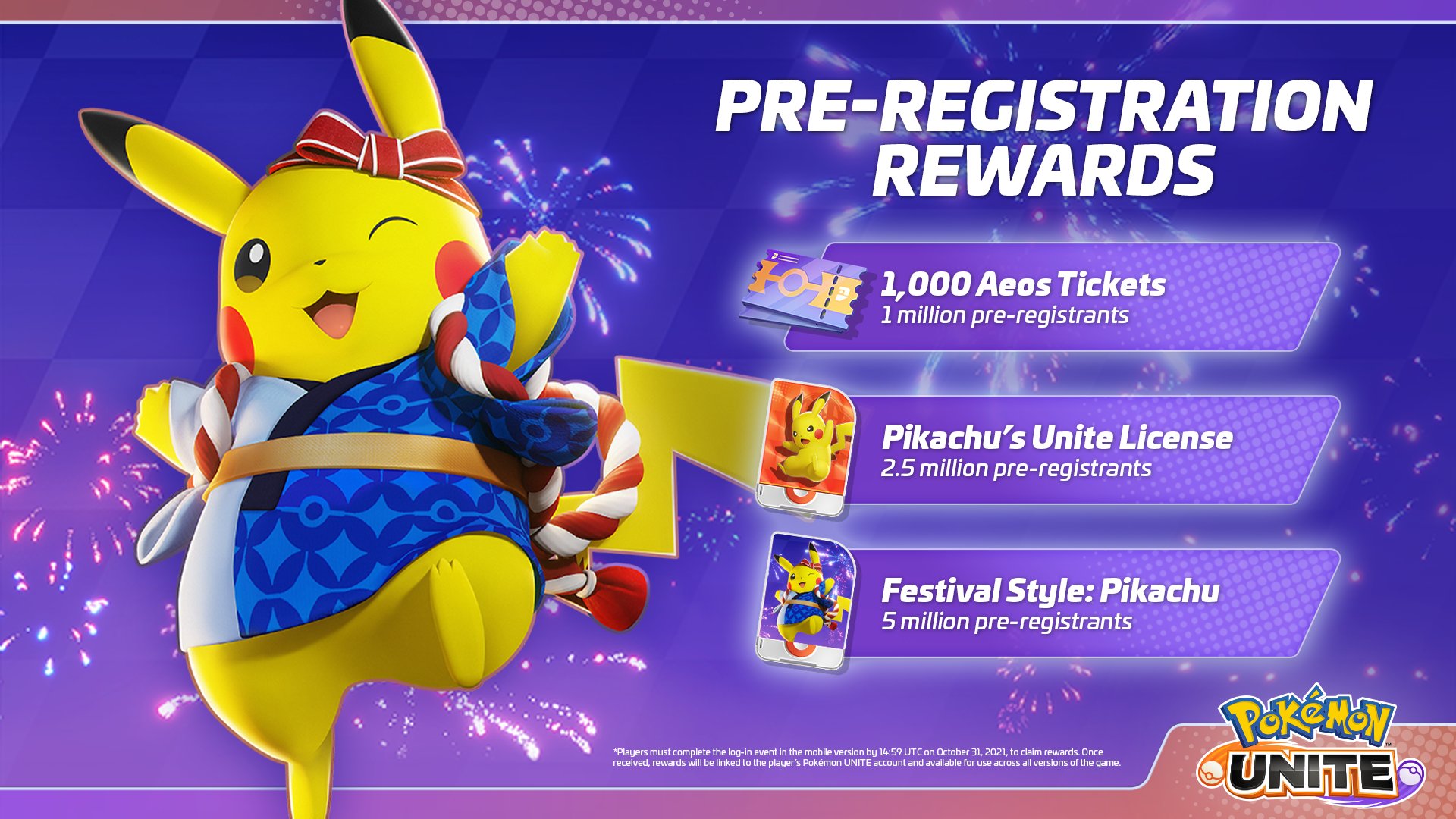 While Pokémon UNITE is available now on the Nintendo Switch, it’s yet to release on mobile devices, but don’t worry, the wait is almost over. With a planned release on September 22, 2021, it’s not too much longer before players can unite their Pokémon and engage in some interesting battles. However, even though Blissey was only just added to Pokémon UNITE earlier today, two new Pokémon have been revealed.

First up, we have the fantastic Mamoswine, but then we also have Sylveon as well. A look of both Pokémon in action can be seen here:

Sylveon and Mamoswine make their appearance! Stay tuned for more details on when they'll show up on the shores of Aeos Island! #PokemonUNITE pic.twitter.com/JmPqSvruRd

What’s more, there is also a special pre-order bonus for the mobile release, consisting of a special costume for Pikachu. The rewards are as follows: