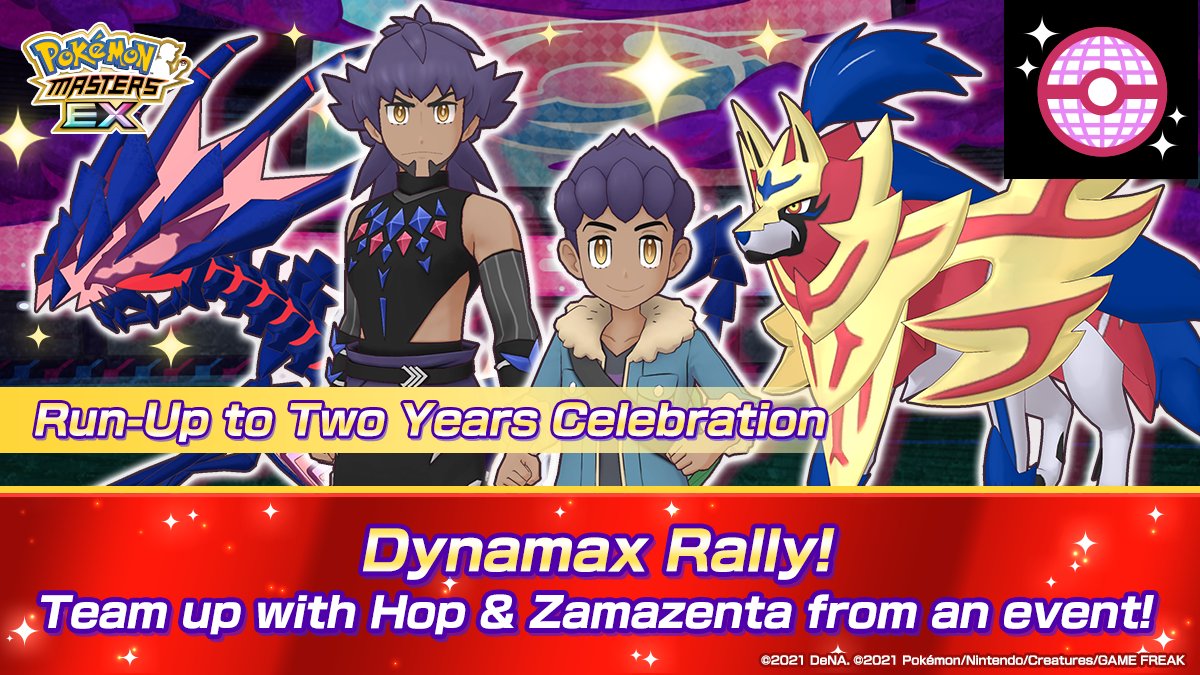 Celebrate the run-up to Pokémon Masters EX’s 2nd Anniversary with a Dynamax Rally!

DeNA have officially announced the details for its special run-up events for the second anniversary of Pokemon Masters EX! Dynamax is being introduced to the island of Pasio with the arrival of Sygna Suit Leon & Eternatus and the arrival of a new legendary event featuring Hop & Zamazenta. Full details for the campaign can be found below:

The two-year anniversary of Pokémon Masters EX is almost here!

They’re a strike sync pair whose successful attacks can lower seven of the opponent’s stats! They also have a powerful max move!

You can team up with Hop & Zamazenta from this event! They’re a Steel-type support sync pair that can boost allies’ stats and recover HP! This event’s story reveals why sync pairs are able to Dynamax on Pasio.

They’re a Steel-type strike sync pair that can unleash a barrage of powerful moves! The power of their Behemoth Blade and sync move increase if the target has a sync buff!

After using this one-time-only ×11 scout, you can select a 5★ sync pair from the ones included in the scout! Nessa & Drednaw and Bea & Sirfetch’d can now be selected!

Three legendary events will return at the same time!

You can complete these events to team up with Ghetsis & Kyurem, Professor Sycamore & Xerneas, and Cyrus & Palkia! If you haven’t teamed up with these sync pairs yet, this is your chance!

Are you excited for the 2nd anniversary of Pokémon Masters and the introduction of Dynamax? Let us know below!