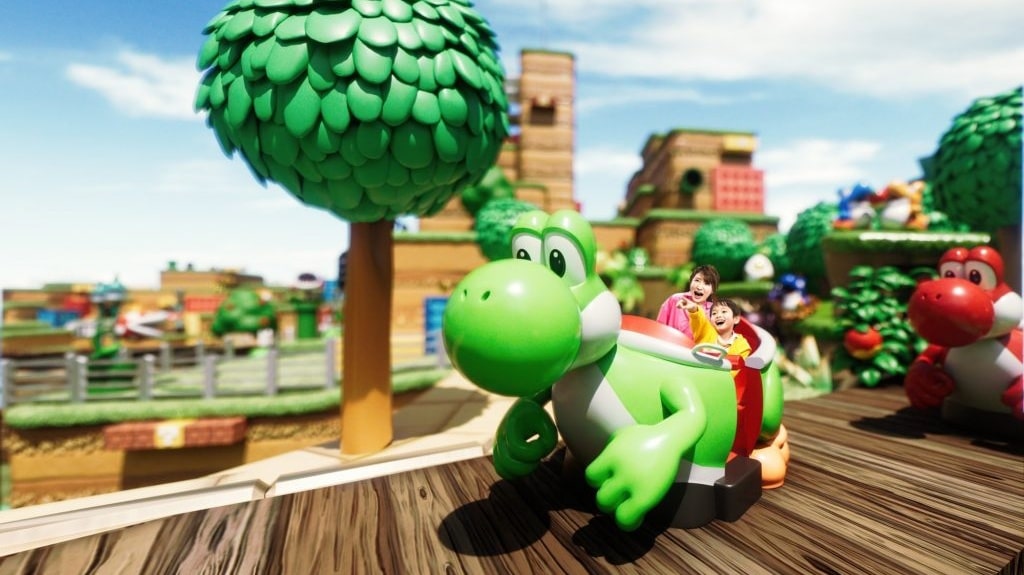 Super Nintendo World at Universal Studios Japan is set to open in February 2021. Some of the attractions have been spoken about but not fully explained but now a video has surfaced online on one of the rides in particular. The Yoshi’s Adventure Ride is a slow moving cart ride that is Yoshi’s Island themed. People will ride in train cars shaped like Yoshis and get up close to some of the attractions like a Pokey, Paratrooper, Yoshis, Poochy, and other characters from the Super Mario and Yoshi’s Island series.

You can check out the full video of the Yoshi’s Adventure Ride below, which has been captured and uploaded to YouTube by user Roger Rabbit.

Big thanks to GoNintendo for bringing the news to our attention.