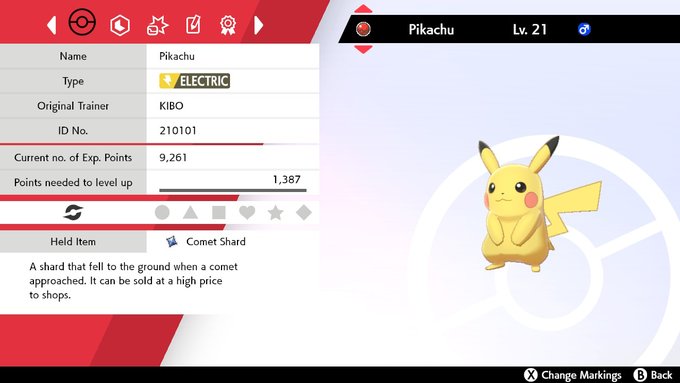 [Guide] How To Get KIBO Pikachu in Pokémon Sword & Shield

The Pokémon Company held a special livestream in collaboration with the International space station today. The Space Sunrise Live livestream took part in space and was coordinated to see in the new year. During the livestream, Pokémon like Rayquaza could be seen floating around above the Earth via augmented reality. This wasn’t the only thing to happen though as a special Pikachu for Pokémon Sword and Pokémon Shield was announced. To get the KIBO Pikachu, you can collect it via Mystery Gift by choosing “Get via Internet” before January 15th, 2021.

The Pikachu doesn’t look any different from any other Pikachu you can get in the game, it doesn’t even come with a hat. However, the Pikachu’s previous owner is KIBO which is also the name of the Space Module that hosted the event. Pikachu is lvl. 21 to further commemorate 2021 and its moves include Thunderbolt, Swift, Wish, and Celebrate. It also comes with a Comet Shard as its Held Item and a special ribbon whose description reads: “A special Ribbon for a special day”