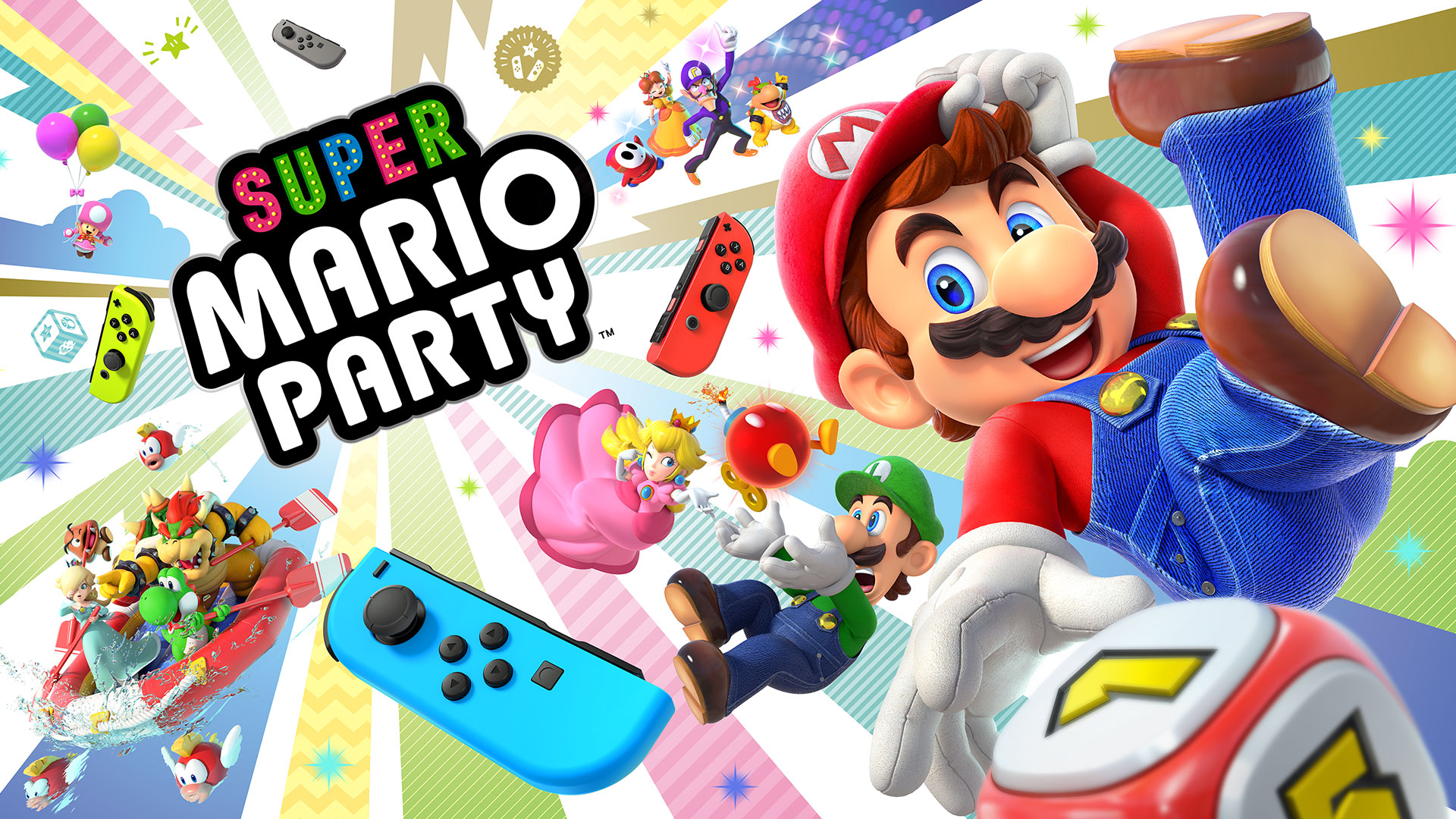 Looking to have a fun video game night with your family and friends? The Nintendo Switch has plenty of party games that are ideal for a fun night in. We have put together a list a some of our favourite party games that have been great to bring us together and have a good time.

There ain’t no party like a Mario Party. While also know to destroy friendships, there is just something about Mario Party that you can’t help coming back together again for another round. Super Mario Party on Nintendo Switch is a return to form of sorts and has plenty of minigames and game modes to discover and play.

The property tycoon board game in video game format returns! Monopoly for Nintendo Switch allows up to 6 players to play together. Choose your token, roll the dice and move around the board whilst purchasing as much property as you can. Play on interactive boards or on a classic board and choose to play with a variety of game rules. There are also a number of game modes with their own set of rules and requirements to win.

Up to 4 players can put their grey matter to the test as Trivial Pursuit is converted into an interactive quiz show. Answer questions correctly (or not) from a number of categories to earn wedges and best your fellow contestants in Trivial Pursuit Live! Are you savvy in the world of Arts & Literature or is Nature & Geography more your thing? Put your knowledge to the test and see who is the brainiest in your group.

Okay so not quite a party game but it the very nature of this game brings people together and who can resist a game of Mario Kart? Mario Kart 8 Deluxe is possibly the best game in the Mario Kart series and it’s improved Battle Mode with a number of different game modes will keep players entertained for years. It’s true, the game released nearly four years ago on Nintendo Switch and players still flock to it for some multiplayer fun today.

Can you cook up a treat or are you a recipe for disaster? Four players can play together in teams of two to tackle the frantic demand of their customers it sounds simple but there are plenty of obstacles in you way. Brave the dangers of the kitchen as you collect ingredients to make meals. Each kitchen has its own types of hazards like moving between two large trucks as they are in transit! Which cooking team will reign supreme? We’ll leave that up to you.

We hope you find our choice if games helpful for when setting up your own party night. Do you agree with our selection or have a few suggestions of your own? Please let us know in the comments!