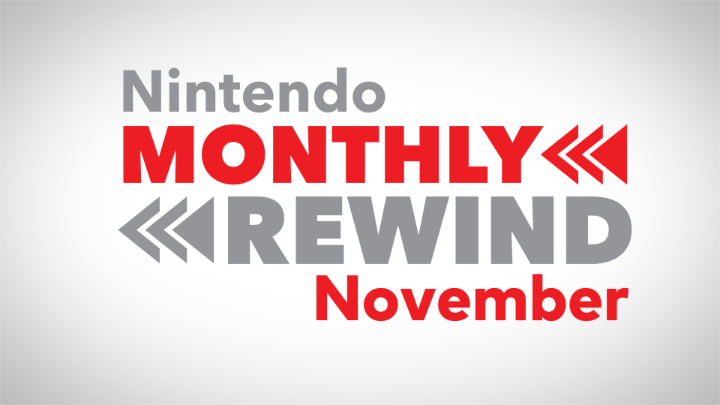 If you have missed some key Nintendo news this month, perhaps it is time to hit the rewind button as Nintendo has launched a new video series entitled the Nintendo Monthly Rewind, with the very first video covering all of the big news announcements that took place last month. Topics covered include:

“Welcome to Nintendo Monthly Rewind, our official roundup of some of the news you won’t want to miss each month, and where to find it. November’s certainly provided a bountiful harvest of news! Wanna know what we announced and what games launched? Well, we’ve got you covered, ’cause you’re about to hear it straight from the source!”