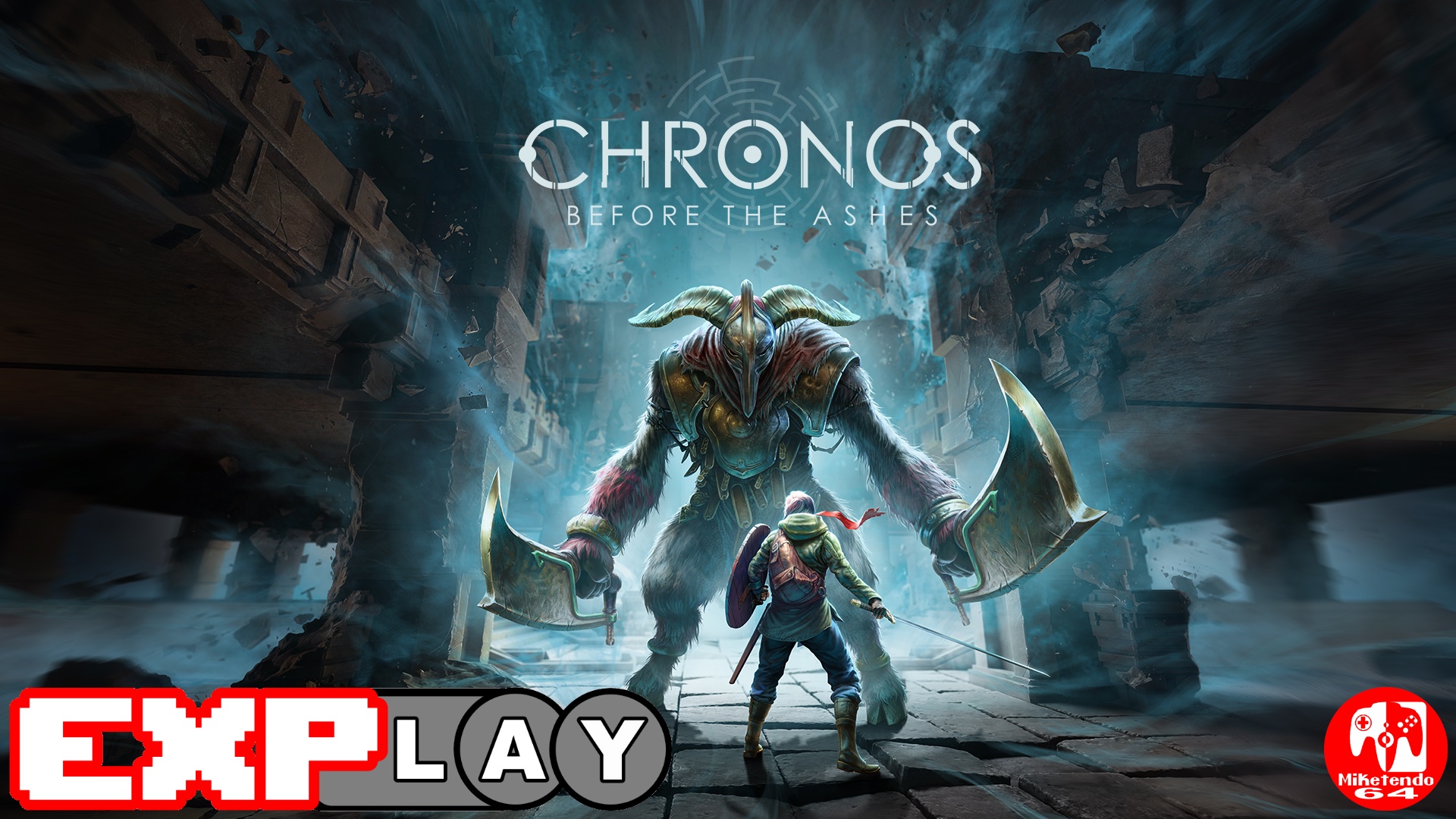 Hey folks, welcome to the feature series we call “EXPlay.” A series of feature articles where we share our experience on games we’ve recently played in the form of written views and captured gameplay footage. In this instalment, we’re all about Chronos: Before the Ashes by developer Gunfire Games.

Live, die and improve with Gunfire Games’ Chronos: Before the Ashes. Originally released back in 2016 as an atmospheric adventure for Occulus Rift, being a launch title no less, the RPG with an intriguing ageing twist, has made the leap from VR to consoles and has been given a well-needed overhaul in the process.

What is this twist I speak of? Well, on top of players having to endure through your typical RPG antic of exploration, interacting with all manner of items, fighting a whole host of enemies and more, unlike other RPG games, death is more of an inconvenience with a learning curve.

Whether you chose to play as a male or female protagonist, both will start at being 18 years old and with every death you experience, your character will spawn one year older and as you hit certain milestone ages, such as your 20’s, 30’s, 40’s and onwards, your character can learn new traits that can prove to be key to your survival.

More than that, while more deaths, especially in quick succession, will make your character a lot older, the stat system will change to match it as well as younger characters are stronger with more stamina and the older versions being more versed in arcane.

Because of how brilliantly orchestrated this gimmick is, it helps to give Chronos: Before the Ashes a roguelike feel because once you do put the time in to experience the whole campaign and 100% complete (something that can take easily over 18 hours to do), it helps to make each playthrough feel unique as players looking to beat the game, have no choice but to learn from their mistakes and improve their strategy.

Age gimmick aside, however, some cases where Chronos can fall flat, is in the graphic department. It’s not a heinous looking title but given the sheer amount of top quality RPGs we’ve been getting since 2018, Chronos looks a little dated and despite being a game developed by a company that was founded by David Adams, who also founded Vigil Games, best known for the Darksiders series, at times, Chronos can feel like a pale imitation.

Truth be told, if you love a traditional RPG, Chronos: Before the Ashes has you covered, but even though the improvements have helped to give the title a richer experience, it was the VR aspect that made Chronos stand out in the first place. At least this time around, its price is considerably less than what it once was and it is now officially the prequel to Gunfire Games’ Remnant: From the Ashes.

EXPlay Chronos: Before the Ashes Gameplay:

Thank you for reading our EXPlay on Chronos: Before the Ashes. We hope that you find it useful in your decision in picking up the game for yourself. While there are a lot of hidden gems on the Nintendo Switch and a fair number of duds, we’ll leave it to you to decide whether a game is for you or not.