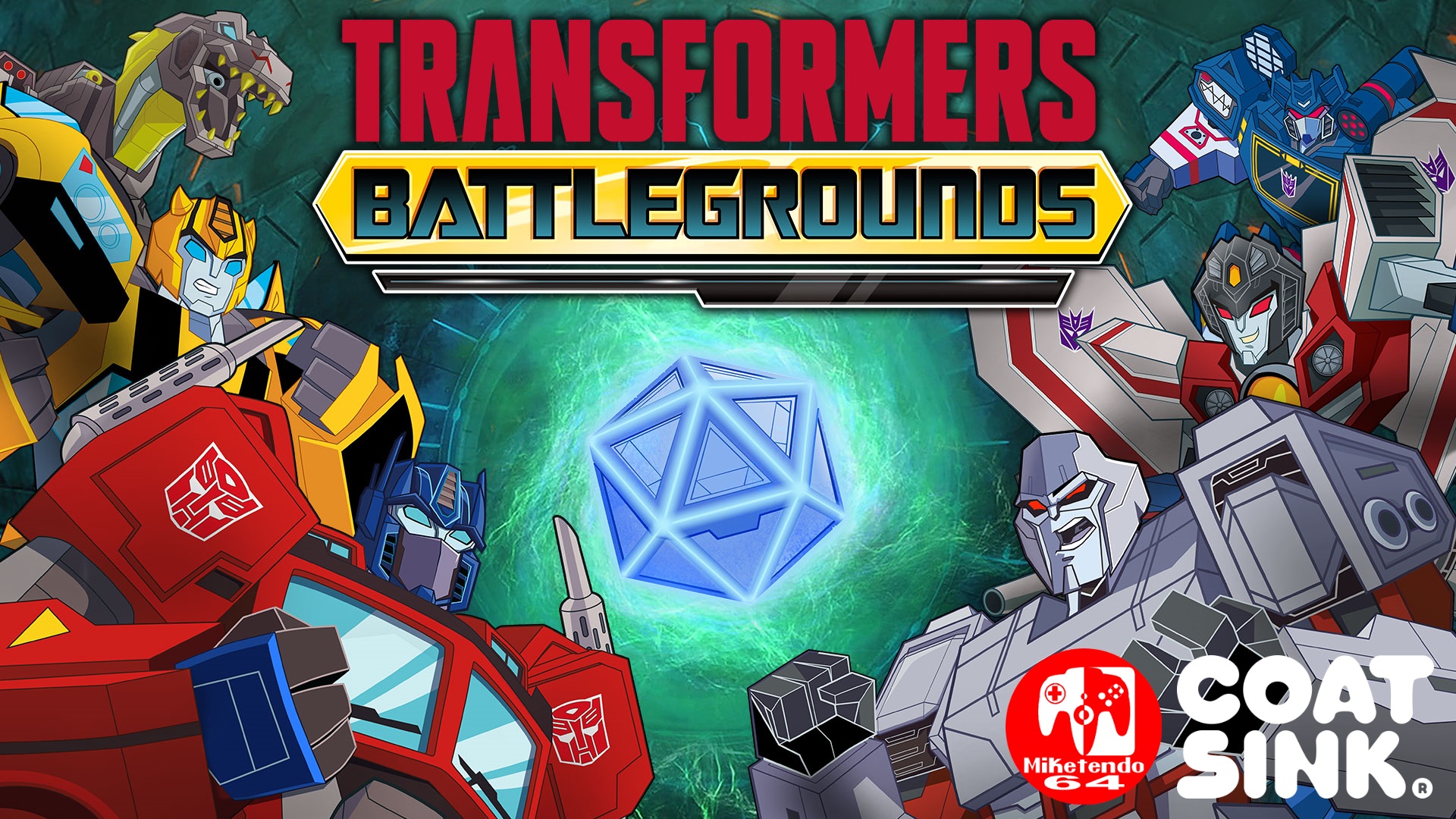 [Interview] Bringing the AllSpark back to Consoles with Coatsink Software (Part 2: TRANSFORMERS: BATTLEGROUNDS)

Whether you love cakes that pack a punch, lovable poochies that know two heads are better than one, or robots in disguise, do we have one hell of a week lined up for you. In the second of a three-part interview series, with the assistance of Outright Games and Swipe Right PR, we’re chatting to three members of the Coatsink Software development team, responsible for bringing Transformers back to consoles. Let’s give it up for Tom Elliott (Senior Programmer), Loryn Davison (Junior Producer) and Junior QA Tester, Fiona Nichols:

Bringing the AllSpark back to Consoles with Coatsink Software (Part 2: TRANSFORMERS: BATTLEGROUNDS)

Miketendo64: In typical interview fashion, would you be so kind as to introduce yourself to our readers, provide us with some background history and detail your involvement with TRANSFORMERS: BATTLEGROUNDS?

Tom Elliott: Hello! I’m Tom the Lead Programmer on the project and a HUGE Transformers fan! Fiona, our Lead QA, is here to chip in and Loryn, our wonderful Producer, is watching over my shoulder to make sure I don’t say anything dumb! (Jokes on her I most definitely will).

Miketendo64: Available now on various platforms, what is TRANSFORMERS: BATTLEGROUNDS? What’s it about? How does it play and what is there for players to enjoy?

Tom Elliott: TRANSFORMERS: BATTLEGROUNDS is a from the ground up tactics game for kids. We built it as an introduction to one of the greatest genres out there (and included LOADS of cool easter eggs for older fans, like myself).

It plays a bit likeXCOM crossed with Mario and Rabbids. There’s a focus on Transformation abilities and the environment. For example, Optimus Prime can drive up to an enemy, transform and throw them into an exploding car that shoves several other enemies.

Miketendo64: Although based on Cyberverse, TRANSFORMERS: BATTLEGROUNDS is set in an alternate timeline compared to the second season of cartoon continuity, picking up on the events after Eruption. Any particular reasoning behind this?

Tom Elliott: Yup! The second season wasn’t finished when we started making the game, so we didn’t have that to go on! Plus, our partners at Hasbro were very kind in giving us leeway with plot, so our writer, Jon, made the most of it.

Miketendo64: We found turn-based combat to be an interesting choice for TRANSFORMERS: BATTLEGROUNDS. It works, it’s effective, but was any other type of gameplay ever considered for BATTLEGROUNDS, or was it only ever intended to be a strategic shooter?

Tom Elliott: It was pitched as a turn based tactics game from the start. We DID play with different transformation mechanics though and at one point your bot had two different ‘modes’ with entirely different move sets!

Only problem was that’s REALLY COMPLICATED for a player to track, so transformations were used for the Ultimate attacks instead!

Miketendo64: With a variety of arcade modes available in TRANSFORMERS: BATTLEGROUNDS, which is your favourite one to play?

Tom Elliott: Grudge Match, easily. You play as the Decepticons! We’d love to make a sequel with the Decepticons! Fiona had to play this game more than ANYONE, and she prefers Energon Capture, she likes collecting things and watching numbers go up.

Miketendo64: Just how long did Coatsink spend working on development and when did you first come onboard?

Tom Elliott: I was there from the start! We got our best Transformers fans together and pitched and conceptualized the game with our Publisher, Outright Games.

We spent about a year and half developing the game from capsules that morphed into car shaped capsules into a full Transformers fiesta. Fiona and Loryn came onboard later!

Miketendo64: How did you find working with Outright Games?

Tom Elliott: Great! Special mentions go out to the production team at Outright Games, they were absolutely brilliant, and we would love to work with them again! Sequel maybe?

Miketendo64: Autobots or Decepticons? Which side do you choose and who are some of your favourite bots?

My favourite bots from the game is Slipstream, she does her best for her team under IMMENSE pressure. I am sad we didn’t get Astrotrain in because trains are cool.

Miketendo64: If you could transform into one thing at will, what would it be?

Tom Elliott: Fiona says Ice Cream Truck (correct) because it’s bright and colorful and would trick the Autobots, Loryn would transform into something light and speedy like a motorbike because she likes to win in style. I would transform into a Steam engine, the best vehicle ever.

Miketendo64: Lastly, is there anything you wish to say to your ever growing fan base?

Tom Elliott: I would say follow your ambitions, like Starscream. I’m now the leader of the Decepticons.

For more TRANSFORMERS: BATTLEGROUNDS coverage, why not check out our extensive preview and review to get caught up on all the action and plenty of gameplay, or join us again tomorrow for the third and final part of our Coatsink interviews!