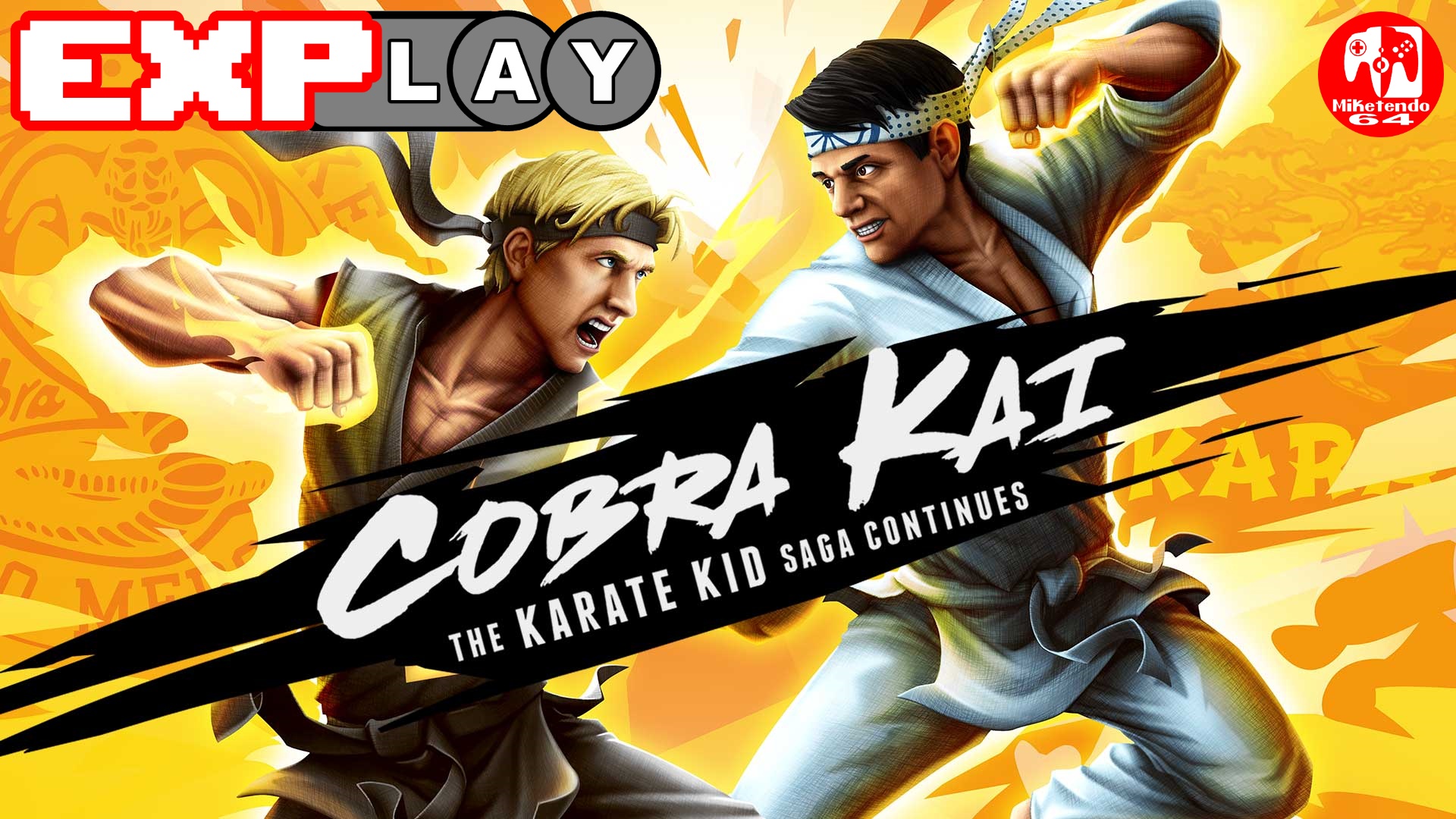 Hey folks, welcome to the feature series we call “EXPlay.” A series of feature articles where we share our experience on games we’ve recently played in the form of written views and captured gameplay footage. In today’s instalment, today we’re all about Cobra Kai: The Karate Kid Saga Continues by developer Flux Game Studio.

Just because season 3 is taking its sweet time to grace Netflix with its presence, it doesn’t mean dedicated Cobra Kai fans need to miss out. Developed by Flux Game Studio, Cobra Kai: The Karate Kid Saga Continues, is a side-scrolling beat ’em game that expands upon the Karate Kid universe and comes packed with an all-new storyline that continues the rivalry between Johnny Lawrence and Daniel LaRusso.

While it’s not a full ensemble, 4 of the 8 playable characters are in fact played by their on-screen counterparts including Ralph Macchio as Daniel-san and William Zabka as Johnny. What’s more, the ’80s fuelled soundtrack that pounds throughout this intriguing brawler is the creation of those involved with the show, so if you’re looking for a licensed game that really tries to provide the authentic experience, so far so good with Cobra Kai: The Karate Kid Saga Continues.

In terms of content, Cobra Kai: The Karate Kid Saga Continues is a pretty stacked experience. With two different dojos to choose between (Cobra Kai and Miyagi-Do Karate,) and a total of 28 story missions to play through, and an ultimate ending attained if both storylines are experienced, Cobra Kai: The Karate Kid Saga Continues has a lot going on, especially since those levels aren’t exactly on the short side and there enough collectables to be found on them as well.

Then there’s the combat itself, with a variety of basic moves available at the start, with unlockable special skills, players can administer all kinds of devastating blows, regardless of whether you’re using a character’s individual skills, dojo skills, or even just an ultimate skill to really lay on the hurt.

As part of the game’s RPG like elements of dojo progression, there are 40 unique skills that can be mastered, with players having the option on how they wish to upgrade each character’s stats. Furthermore, the are bonus challenges for dedicated players to complete and when fighting familiar faces, you can easily swap between available characters for your dojo and be joined by a friend via local co-op.

Regardless of how you choose to play and who you choose to play as, with more than 40 different types of enemies, 17 unique bosses and 16 micro/mini-bosses, you’ll never run into a shortage of enemies to beat up, put down and render unconscious. The only real threat you’ll face is trying to get a dreaded S rank on each mission, by getting the best combos you possibly can or some performance issues that can bog down the experience or stop you from proceeding entirely.

Cobra Kai: The Karate Kid Saga Continues is a good representation of what a licensed game can be. It’s rich with content, the comic book vibe and cutscenes work well and for lovers of the series and brawlers, this is the game where you can have your cake and eat it too. There are better brawlers out there, but none of them are Cobra Kai!

Thank you for reading our EXPlay on Cobra Kai: The Karate Kid Saga Continues. We hope that you find it useful in your decision in picking up the game for yourself. While there are a lot of hidden gems on the Nintendo Switch and a fair number of duds, we’ll leave it to you to decide whether a game is for you or not.