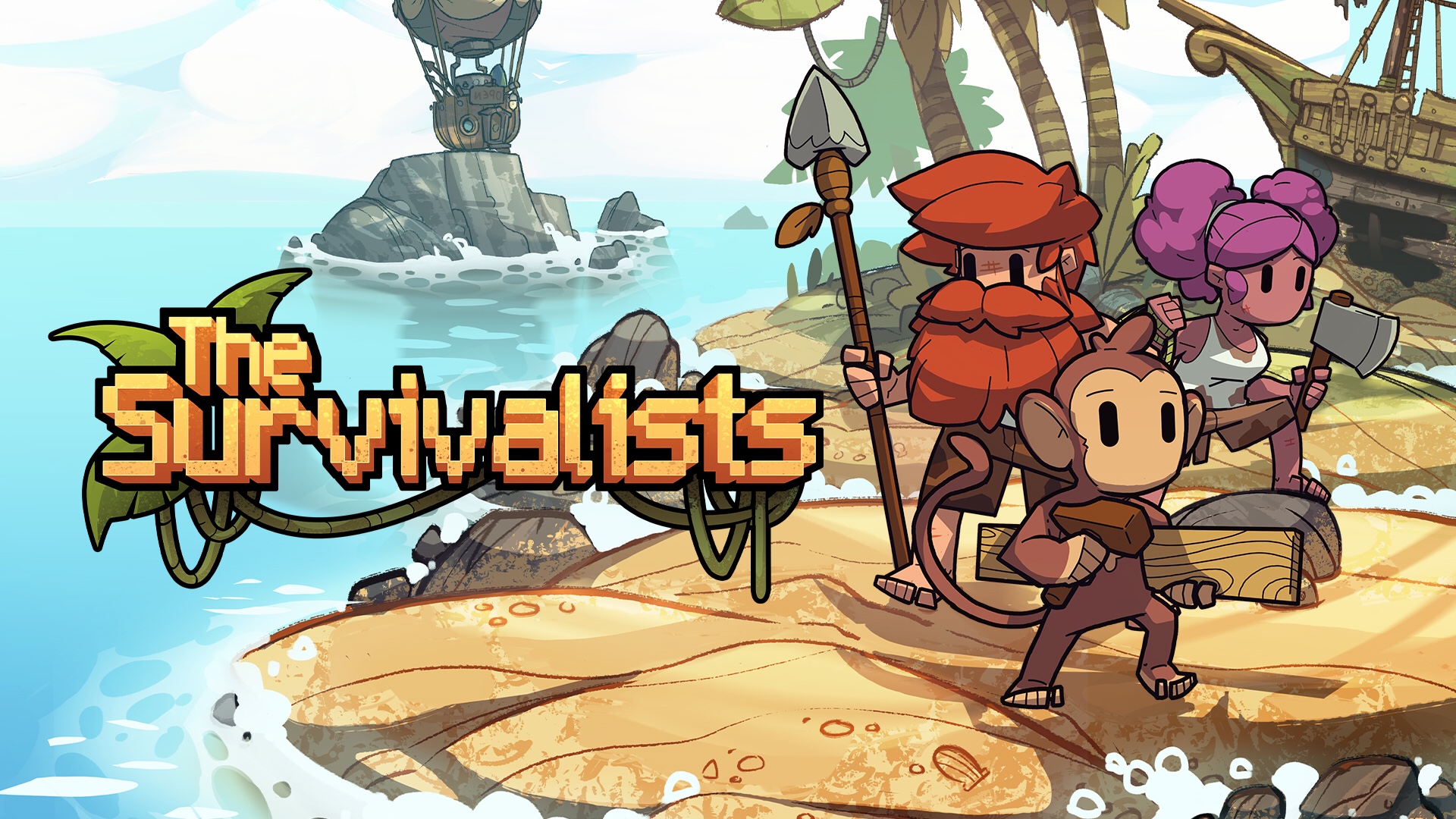 The Survivalists‘ history stems from very early roots serving as a spin-off entry to the hit The Escapists series of games that take place in the same universe. Back in 2014, a strategy game known as The Escapists was published by Team17. A version of the game with all content would then release in 2018 for the Nintendo Switch.

The Escapists, a game where you assumed the role of a prisoner, would have to try escaping from multiple different prisons which ranged from various different difficulty levels. Team17 would then go on to release a sequel after the success of the first game and eventually a spin-off game in the form of The Survivalists.

The game opens up with you sailing on a raft and you soon waking up on what seems like a deserted island. While at its core, The Survivalists doesn’t have a story, the game gives you the freedom to do anything you want. You are tasked with escaping this island, and at its core define your own story as you try to survive and build a life for yourself. You can even make friends with or have an army of monkeys in the process!

So you’ve woken up on an island, now what? Well, The Survivalists is a survival sandbox at its core that is all about surviving in an unfamiliar location and taking advantage of your surroundings. You’ll soon discover monkeys that you’ll be able to tame (if you have the necessary item of course!) and they’ll be able to help you accomplish tasks. Need some help building or even in need of a lumberjack? Supply the necessary tools and your monkey partners in crime will help in various ways offering help with your day-to-day tasks or help in combat.

You’ll discover that as you explore this island you’ll find various locations, shops, and more that will offer materials and tools that will help you out on your adventure. Find a mysterious stranger who may be washed up on the island’s shores, they may even offer you some quests for the trouble.

Your first task should be to gather resources and find an area to set up a base, as once night falls the island’s inhabitants will be out to hunt you down. As you gain more materials you’ll unlock basic crafting recipes that’ll help you create a starter home with things like a bed, walls, and a workbench. As you begin to settle in, your ultimate goal should be to build a raft that’ll allow you to travel to different islands.

While gathering materials might be fun, what are these materials used for? Well, The Survivalists offers an expansive crafting system that offers a variety of different things to create. At first, you’ll be limited to the basics like an axe & some plain bedsheets. These recipes range from weapons/tools to things like a workbench, furnace, walls for your home, and more that will make your life on the island go a bit more smoothly. As you progress and craft more recipes, your grid will expand to offer more things to create.

As mentioned in a previous section, you don’t have to face these island challenges alone. Discover wild monkey inhabitants as you explore the island and if you have the proper item you’ll be able to tame them. Tamed monkeys can be given tools to accomplish different tasks or jobs ranging from gathering materials to helping you fight against enemies in combat. These monkeys will do anything you tell them to do and even follow you around if you command them to do so.

While I played the game in single-player, The Survivalists offers an online co-op mode for up to 4 players. This co-op mode offers the same experience as single-player with the added bonus of surviving with friends. Go on adventures, trade items, and survive life on the island together!

From swinging an axe at a tree to the sounds of monkeys, The Survivalists offers a wide range of different audio options. The game’s general soundtrack is upbeat and tropical to fit the games island aesthetic but doesn’t offer a lot in terms of variety. While it isn’t necessarily a bad thing, you’ll hear the same track throughout the day and night. There is one new track however when you travel via a raft to a new island. Sometimes the sounds of nature might be enough for those who like a relaxing sandbox experience.

The Survivalists, much like its predecessors, uses a pixel art like aesthetic in its visuals. The pixel artwork was great, from the games customizable character to the various enemies. A minor annoyance though had to do with the game’s camera. Things such as enemies & speech bubbles from NPCs would often be obscured by trees, leading to us having to cut down trees in order to access it. Having primarily played in handheld mode, I never once ran into any issues when it came to the game’s performance.

The Survivalists offers a unique take on The Escapists franchise but it doesn’t come without some minor annoyances in the process. Things like inventory management can often be an annoyance as with various tools, you want to keep them on you at all times but that lowers the amount of other stuff you can collect. I found myself dropping tools in order to take better items instead and then having to recraft those tools later due to a lack of inventory space. There are solutions to this however by carrying a chest with you (as you can fill a chest and then pick it up only using one item slot in the process).

The crafting system also is random when it comes to what “new” things you can craft. You can’t view recipes on the crafting grid that you haven’t unlocked until you’ve crafted said items pre-requirements. You may craft something you thought you needed to unlock something else but not receive something new to craft in the process leading to wasted materials.

For those fans of The Escapists, is The Survivalists a worthy spin-off worth the purchase? Well, although we had some minor annoyances, we enjoyed our time with it and look forward to seeing how the game will grow in the future with its planned content updates.