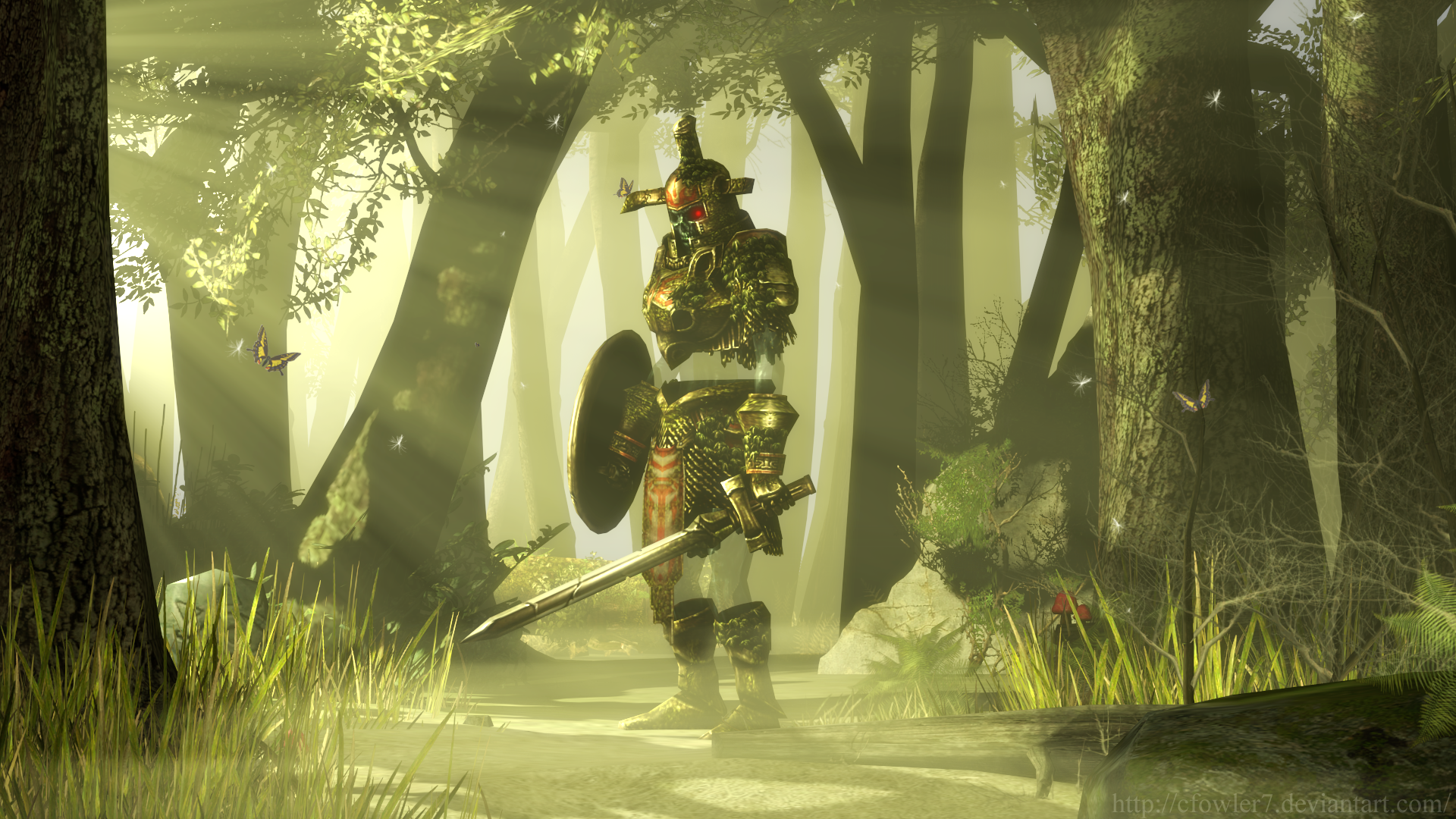 *The following is a fan fiction story set between the events of Majora’s Mask & Twilight Princess that was first posted in the Facebook Group, The Triforce Brigade of Zelda.

The journey was long and it took its toll on Link. Battle weary and a few years older, he finally made it out of Termina and returned to the land he left behind so long ago.
A smile drew across his face as the castle in the distance grew larger with every gallop towards it.

Epona was a fine steed, a horse with no equal, but as he got within mere rolling distance of Castle town, he stopped in his tracks. “What am I doing?” He asked himself.
“The likes of the palace and town will never be my home. The forest is.”

Throughout his entire journey, the one thing that kept him going was the hope of making it back to the land he left, but for the life of him, the only place he felt like he could belong was Hyrule, home of the Hylians, but with Castle town so close, he knew now that even as a Hylian, Hyrule isn’t his home. Kokiri village is and regardless of not being a Kokiri, he knew he would never feel whole until he does, but the Lost Woods was no place for a trusted friend.

In a tearful farewell at a bittersweet reunion with Malon and her dad, he bid goodbye to Epona as he left her in their care at Lon Lon Ranch. Epona wanted him to stay, so did Malon, but Link refused to listen to them. Sure everything seemed peaceful now, but given everything he’s seen, he could feel something else was on the way. An evil still lurking, binding its time.

When Link went to leave, it was nightfall and Malon convinced him to stay, allowing him to sleep in her room. The two of them spent the night beside a light lamp as he delighted her with courageous tales of his journey. He left before the rooster could wake anyone else up and made his way to the forest.

He knew the risks well. The fate that could await him now that he had no fairy beside him, but he had to do it. He had to go to the trees and take watch over the village he once loved. A Legend spoke of the end of the Kokiri.

His beloved friends due for species eradication. He vowed to never let that happen. He had to protect the land and the Master Sword. No longer was it safe in the Temple of Time, or at the ruins Princess Zelda ordered the pedestal to be sent to after a horde of Gerudos attempted to ransack the temple.

It was purely by chance Link happened upon it, but he knew as its former wielder, he would have to safeguard it for the future hero.

He played the song Sheik taught him in another life and set up home at the forest temple, the future home of the Master Sword. At first, he spent his days alone, playing Saria’s song on the ocarina she gave him, but then came a day he heard the same song being played back to him.

Upon investigation, Link found the Skull Kid he befriended a long time ago and as they exchanged glances, they knew what they must do, to play their hearts out and fill the trees with the sound of music. The forest was alive with music and a friendship was rekindled.

The transformation into a Stalfos, despite common belief, was not a fast one, but slow and one that took years. The first noticeable change was when Link lost his eye, a part of the process he knew, but it meant his time as a human was ending. With years having passed, a new temple of time was built and the Sacred Grove was born, all by the hands of Link, Skull Kid and the puppets they two had made together.

Then there came the day where he finished another jam session, gave his ocarina to his friend and walked off in a single direction, never to return. Skull Kid knew what had happened. What Link had gone off to do, but he knew it must be so, he had a promise to keep.

As a single tear ran down his face, a tear ran down Malon’s cheek and Epona cried out. They both knew what had happened, and filled with remorse, Malon turned to the one thing that would cheer her up, her only son, and hugged him.

“What was that for?” He asked. 10 years old and he was already strong, time with horses and the new goats was helping make him a fine young man.

“Can’t a mother hug her son, Link?” Malon replied before breaking out into song. The song she once taught to a boy dressed in green, who always comes back, no matter how much time passes.


Categorised in: 3DS, Fan Fiction, Feature, Nintendo, The Legend Of Zelda, Wii U