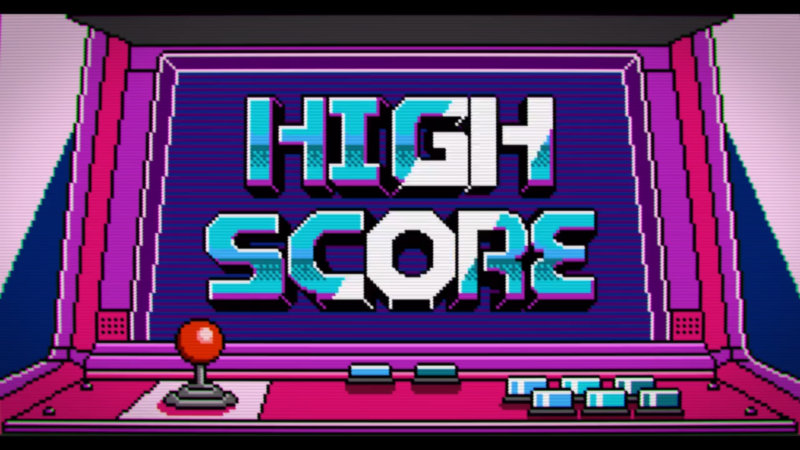 Although I’m not one for “Netflix & Chill,” there is no denying some quality viewing can be found on Netflix and one particular series that has taken my fancy, other than the marvellous Castlevania, is High Score, a six-part docuseries narrated by none other than Charles Martinet!

Yes, that’s right, the voice of Mario is on-hand to narrate an informative series all about video games from both the whole of the 80’s to the early 90’s. Sadly for some, Mr. Martinet opts to converse in his usual manner, but it’s still easy listening as Martinet and guests, take viewers on a trip back in time and reveal all manner of details.

For instance, did you know that the iconic DOOM series, actually gets its name from a  Tom Cruise line in The Color of Money? I for one did not know that and I have no qualms with admitting that.

What about the fact Johnny Cage from Mortal Kombat is purposefully intended to look and fight like Claude Van Damme. The team wanted to get the man himself involved with their game, but when he declined, they pursued a creative way to immortalise him instead. The series also gives viewers some great insight into the development of Mortal Kombat and so many other titles.

If you have ever wanted to know more about Shigeru Miyamoto’s smoking habits, how gates found their way into being Star Fox in the first place, or even learn a little more about Dylan Cuthbert, the man who hacked a Game Boy and went on to impress Nintendo in more than one way, High Score is a must-watch series and it’s not just the details it has to share either that makes it impressive.

Martinet might be the main driving talent to the show, but plenty of interviews are on offer, such as Tomohiro Nishikado and the inspiration behind Space Invaders. Viewers also get to hear from Hirokazu Tanaka (former composer for Nintendo), Richard Garriott (Ultima), Gordon Bellamy,Yoshitaka Amano (Final Fantasy artist) and even Tom Kalinske.

Although I have read plenty about the console war between Sega and Nintendo back in the good old days, I will never tire of how Hayao Nakayama, CEO of Sega Japan, flew out to Maui, just to pay Kalinske a visit and ask him to lead join the Sega train.

Not only did Kalinske accept, but he was also the driving force for helping Sega go to war and make fun of Nintendo wherever possible.

So yes, if you wish to watch a series that lets you hear from John Romero (DOOM), talk so patiently about his old days, learn all about how Night Trap went from bad to worse, or hear about the time John Kirby helped to save Nintendo and the creation behind Nintendo Power, then High Score is something you need to watch right now if you haven’t already.

It’s nicely put together, I love the opening segment and I honestly wish we get some more of it and that’s why, as I prepare to sign off, I’m already loading Netflix up again and about to watch the whole thing for the third time this week.

It’s fantastic viewing that I just can’t get enough of and it gets high praise from those of us on Team Miketendo!