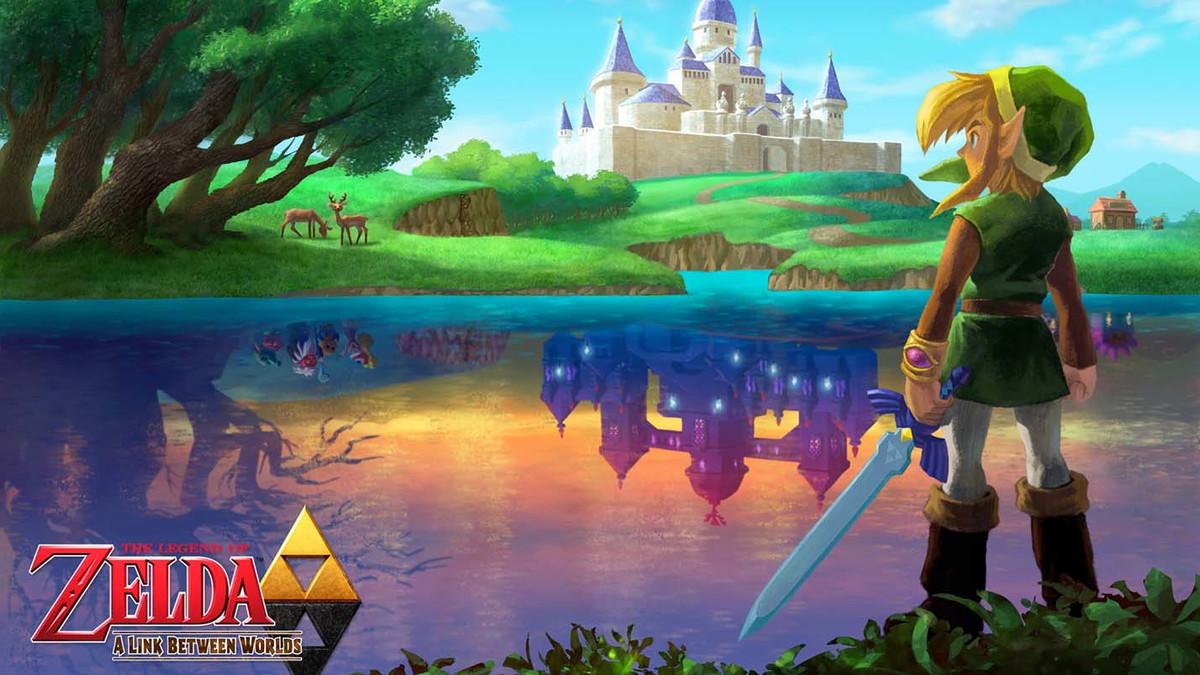 [Fan Fiction] The Adventures of Link: From Hyrule to Hytopia (Set between the events of A Link Between Worlds & Tri Force Heroes)

*The following is a fan fiction story set between the events of A Link Between Worlds & Tri Force Heroes that was first posted in the Facebook Group, The Triforce Brigade of Zelda.

The Adventures of Link: From Hyrule to Hytopia – J.H. Longman

With the wish granted and Lorule’s Kingdom saved, life in Hyrule was never the same for Link. His adventures were over, there were no more monsters to fight, no more villagers requiring his aid, his time as a hero was over and it made him feel, worthless.

Before he was traversing between two dimensions in a moment’s notice, wielding a divine blade, but now, no one needed him, not even his master blacksmith whom he went back to working for when no one else would have him.

Day in day out, trying to adjust to a simpler life, it just wasn’t working out for him. Even sleep and lazing around all day had lost its hold on him. As short as it was, his time as a hero, the Hero of Legend, it was long enough to leave him with a lasting impression.

One day after departing his home, his mind fresh with the memories of a time when the man in the bunny suit would be there waiting to greet him, as he attempted to rent or sell Link another item.

Although they hadn’t spoken much, Link had grown to like Ravio and since parting, he grew to miss him and it was when he was at work, striking a hot blade with a heavy mallet that he obtained during his adventure, that he decided he needed to leave Hyrule.

Once the thought had entered his mind, there was no going back. It was not long before the whispers of his immediate departure spread like wildfire throughout the Kingdom.

No ear was sparred of the news, not even Princess Zelda. At once she summoned him to the castle, asking him to reconsider, but from the look in his eyes, she knew. It didn’t matter what she said, or how she said it, Link was done, he needed out of Hyrule and instead of trying to fight him any longer, she stood to one side and chose to fully respect his reasons for leaving.

Naturally, she wanted to throw him a leaving party and out of politeness he agreed to it, but he never showed. His belongings already packed, the boy in green set off hours before anyone could even realise.

At first, he told himself he was just setting out for a nice little village, but instead, he found a quiet forest and hid. He learned to befriend the animals, scavenge the right kind of berries and mushrooms, but his nomad’s existence would not last.

First, it started with a woman in distress, running from a Hinox. Naturally, Link stepped in. No sword to hand, he resorted to using a Deku stick, which he was able to jab right into the single large eye of his woman.

The woman was most grateful for the rescue and wanted to repay Link for his swift efforts, he declined, but she wouldn’t take no for an answer before Link knew it she was taking him back to her village where he enjoyed a hearty meal and a fresh glass of Lon Lon Milk.

It tasted exactly as how he always fantasied it would taste like, the nectar of the gods, but more trouble soon came, bandits came to burn down the village, but with a borrowed sword, Link was able to fight them off long enough for the royal guard to arrive.

As a special thanks, Link was whisked away to a large castle, one that reached the very stars at night, and the King was most gracious, so much so he was quick to put Link to work as his very own hero and tasked him with clearing out a dungeon full of monsters.

After a month of solving the kingdom’s problems, Link’s services were no longer required, but his stories travelled far and wide and before he knew it, more months of adventure followed.

He slew Dodongos, saved towns and was worshipped by one nation in particular. Talk of the boy in green was everywhere, he couldn’t escape it, just like he couldn’t escape the fact that everyone wanted him to solve their problems just before they all turn their backs on him.

With adventure losing its hold on him, he did the only thing he could, he ditched the green garb and took up a life of solitude in the first mountain region he found. The summer months posed no problem, keeping warm was easy and finding food was even easier, but winter was unbearable, it was far too cold and his rations were next to nothing.

If he were to survive any longer, he would need to venture back to the land of man, the land where heroes are only loved when wanted, and barter for whatever item he needed. At the bottom of the mountains he came to call home, he found a man riding a horse and cart, dressed in unusual, but colourful clothes.

He asked Link no question, nor did he past judgement on what the boy was wearing. He merely dipped his head, told Link to climb aboard and provided him passage to the nation’s capital, a land where a new adventure awaited, a Kingdom that goes by the name of Hytopia, home to an ever-stylish princess, or so she thought…

To be continued in The Legend of Zelda: Tri Force Heroes