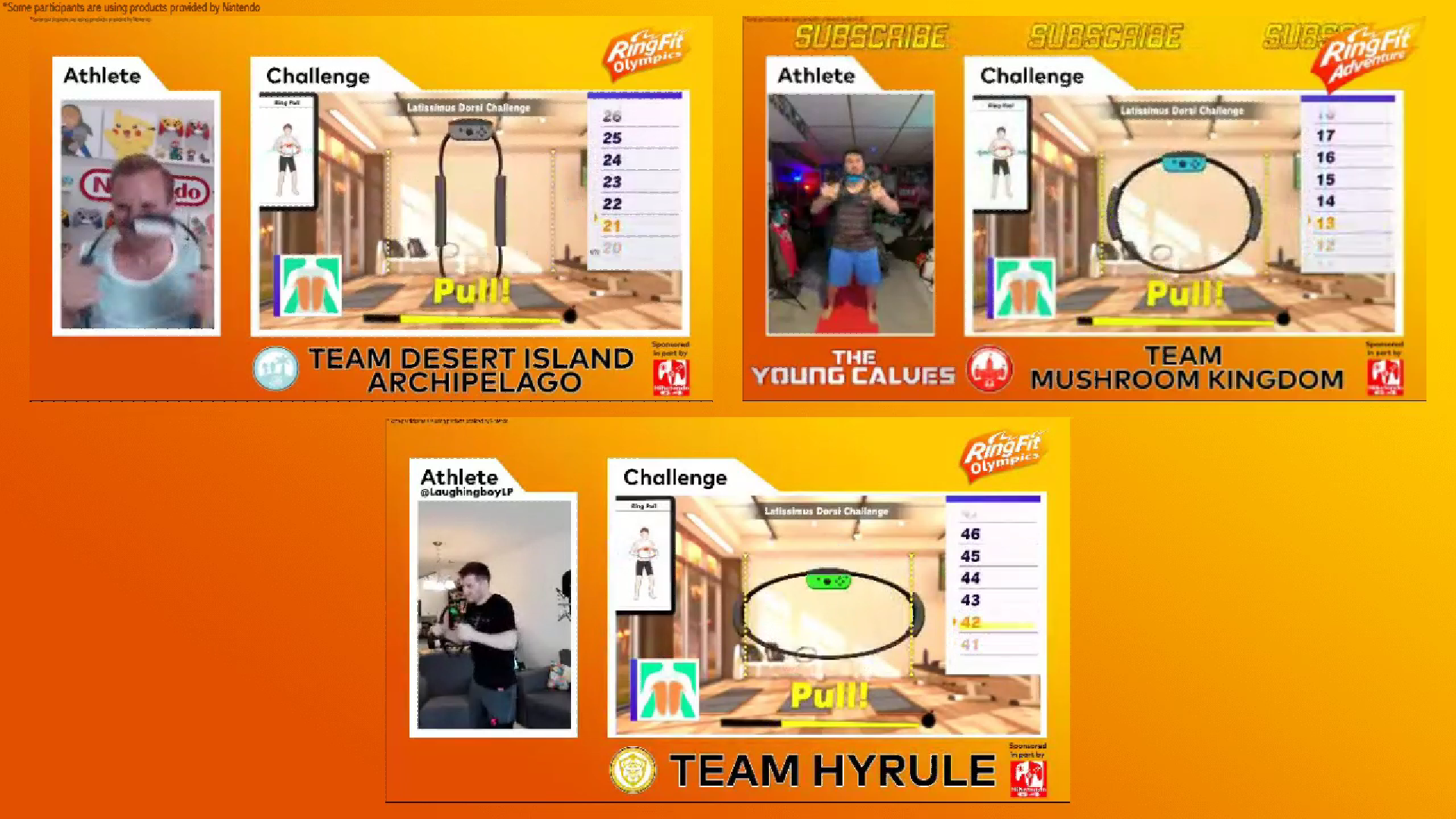 If you have been following @Cptn_Alex on Twitter the last few months, you may well be aware that he has been organizing and hosting the Ring Fit Olympics on his Twitch channel. Three Teams made up of Live Streamers and Content Creators from all over, competed against each other in the event that was hosted over the last three Saturdays. The Final was hosted earlier today and one team reigned victorious over all.

However, as to not spoil which team won, we will let you do d out for yourselves as you check out a link to the recorded livestream below.