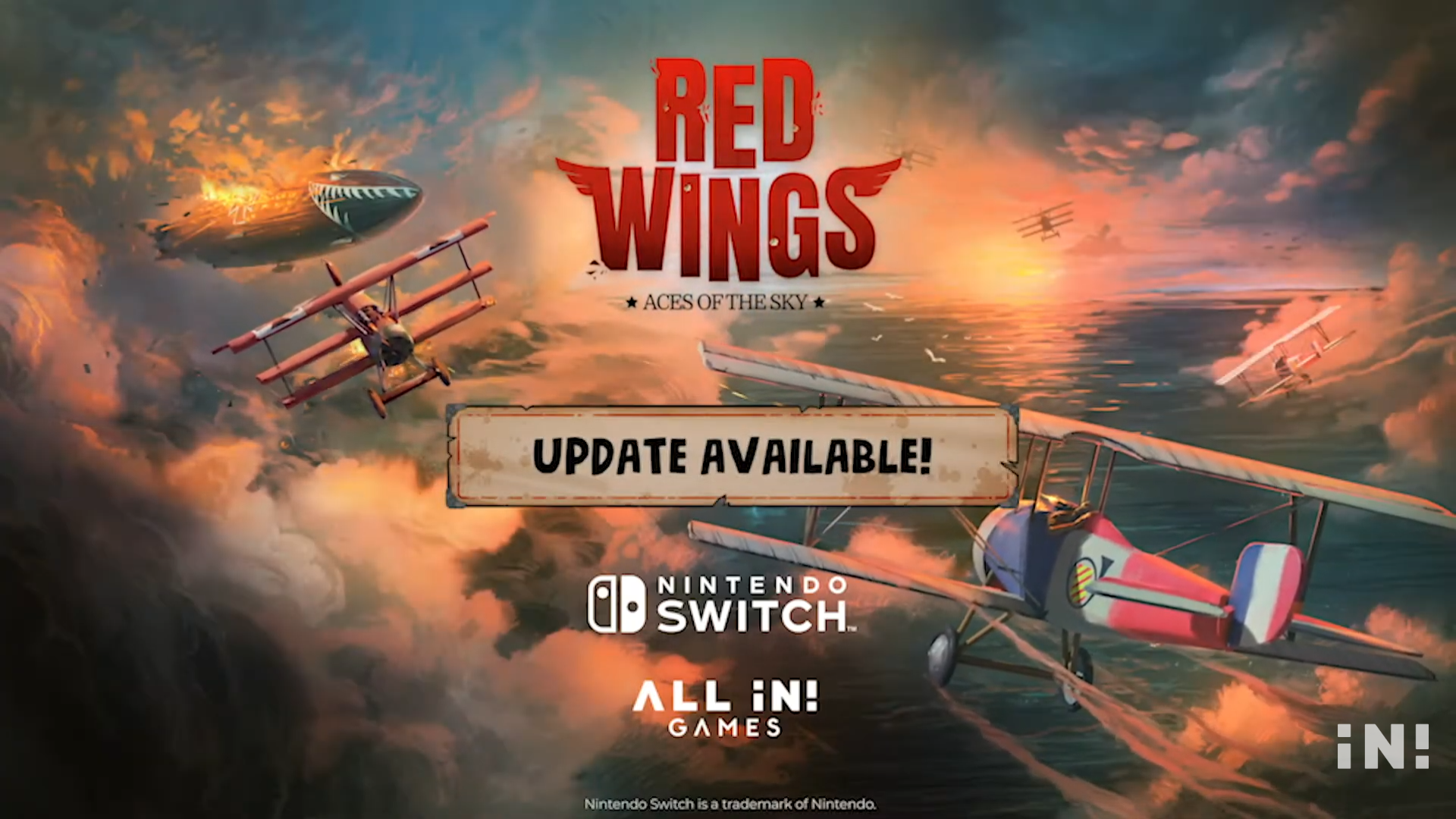 A new patch update has come to Red Wings: Aces of the Sky. The update adds new versus game match types, planes, skins and a new aerial battleground. The game is also currently at 33% off on the Nintendo Switch eShop for anyone looking to pick up a bargain.

You can find out more about the patch update for Red Wings: Aces of the Sky in the official announcement below.

Red Wings: Aces of the Sky will Receive a patch including a new content

Krakow, Poland – August 6th, 2020. All in! Games has announced that Red Wings: Aces of the Sky will receive a patch including new content on Nintendo Switch.

Some of the upcoming features are:

Watch the new trailer to learn more about the update:

A sale is approaching, too! Starting August 6, Red Wings: Aces of the Sky will be 33% off on the Nintendo Switch eShop.

Take to the skies over the Great War!

Dive into this dynamic action game that puts players right in the middle of thrilling battles with a fresh take on arcade air combat. Travel back in time to the breakthrough period of flight, when the courage of pilots was unmatched and death could come at any moment.